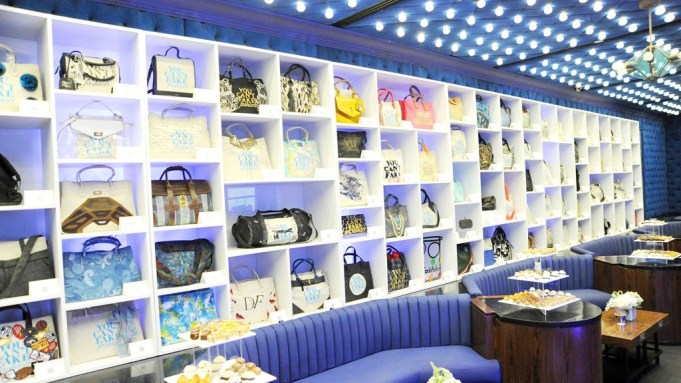 ALL REAL: CFDA chief executive Steven Kolb and Devin Wenig, president of eBay Marketplaces, took 30 designers out for dinner Monday to The General downtown to celebrate the joint You Can’t Fake Fashion campaign, which actually has 90 designers involved. “They each customize a bag as one-of-a-kind to show their support and raise awareness for such an important cause,” said Wenig. “Since 2011, CFDA has partnered with eBay to advance the initiative,” Kolb added. “Educating shoppers about the dangers of counterfeits is now more important than ever.”

The designer totes went up for auction Monday starting at $100. The auction concludes March 25. Designers also created a tote at a fixed price of $50, which is also available on eBay. “Supporting eBay and the CFDA to preserve designers’ intellectual property is protecting our own identity,” said Claude Morais, who codesigns Ruffian with Brian Wolk.

The campaign furthers eBay’s ties to designers. For example, the six CFDA designers that participated in eBay’s holiday collective of exclusives last year — Billy Reid, Tibi, Chris Benz, Steven Alan, Ruffian and Fenton Fallon — participated in You Can’t Fake Fashion for two years prior. Deborah Lloyd of Kate Spade has been supporting the campaign since 2011, leading to some strategic initiatives on eBay.