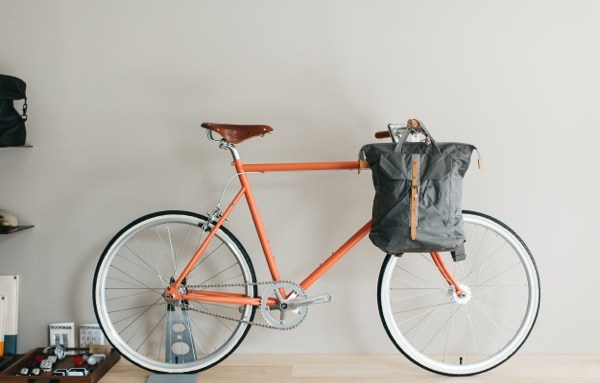 A cyclist herself, Lloyd updated her label’s signature style of backpacks with reflective stripes, a proofed nylon exterior and a loop to fit a cycle light.

“There’s always room for the whimsical in fashion but for me bags have to function and I have always been attracted to product that is carefully engineered,” said Lloyd.

The bag is available in three colorways — blue, yellow and gray — and is priced at 145 pounds or $205. Selling points include the label’s website and three London stores located in Marylebone, Shoreditch and Notting Hill.

The brand is not new to collaborations; it has recently teamed up with Apple on a series of rucksacks and satchels specially designed to fit Apple products and with East London’s Ace Hotel to create leather trays used to decorate the rooms. In addition, Ally Capellino has had a longtime partnership with the Tate, selling a range of bags and accessories through the museum.

“That has been one of our most fruitful collaborations, it opens up the brand to a whole new audience,” said the designer.

In addition, the designer has made a foray back into clothing, starting by offering a tight edit of jackets, in line with her practical, utilitarian aesthetic. A midnight-blue bomber jacket made of a shimmering Swiss-made technical fabric coated with nylon is among the standout pieces. The designer said that she focused on promoting the apparel at her own stores than through her wholesale accounts.

Further development of her clothing as well as expansion into furniture, which requires the same precision and focus on functionality as the accessories, are also on the pipeline for the British label.