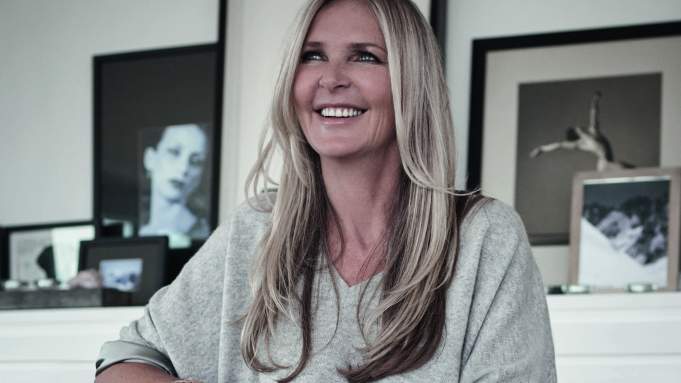 TEA TIME: Amanda Wakeley has teamed with Bernadine Tay of the luxury tea company Quinteassential, to create a bespoke blend.

The “Wakeley” is a blend of green and white tea and also contains cacao beans and shavings of dark chocolate. It was designed with Wakeley’s love of green tea and dark chocolate in mind.

“I always enjoyed the health benefits of green tea and I’m always munching on dark chocolate after a meal, so Bernadine suggested to me that we combine the two. It really helps with eating less dark chocolate,” Wakeley said.

The designer said she met with Tay through a mutual friend, and the partnership evolved naturally.

Tay said she was inspired by Wakeley’s “designs and restless energy” and the blend is for multitasking women. Green and white tea are high in antioxidants and are known to sustain energy throughout the day while the addition of cacao beans makes for a guiltless pleasure.

“Similar to what perfumery has done for brands, tea could be the next medium that communicates a brand’s lifestyle ethos,” Tay said.

Launching later this month, the tea blend will be sold at Wakeley’s Mayfair and Chelsea boutiques. It will retail for 25 pounds, or $36.

The designer said the collaboration is part of a wider plan to transition the label into a lifestyle brand.

“We want to tap into every aspect of our multifaceted, multitasking woman. We started with our Mayfair flagship which I designed as a home and we also had food blogger Ella Woodward front our spring 2016 campaign,” Wakeley said. “With our tea blend, I wanted to create a product that allows people to access the brand; other people do it with lipsticks. And I wanted to offer a beautifully packaged gift idea, an alternative to all those scented candles we all have in our regifting stash.”

The brand has also been focusing more on leather goods and is planning to add furnishings to its offering.

Aware of the industry’s increasing shift to the buy-now-wear-now model, Wakeley admits she has also been thinking of alternative ways of showing. “I love film and being able to tell the story, but at the same time I would like for people to be able to touch and feel the clothes,” she said. “I don’t want to have to buy a winter coat in June so we have to think long and hard about how to change that system.”

Wakeley has not been the only designer getting involved with the world of tea. To celebrate its 25-year anniversary, Bobbi Brown has teamed with the London branch of Balthazar restaurant to create the Bobbi Brown afternoon tea with cakes inspired by Bobbi Brown’s signatures, including a praline and mango-passion “foundation stick” and a champagne-infused rhubarb “shimmer brick.” In addition, inspired by Balthazar’s signature red leather booths, Bobbi Brown have created a limited-edition lipstick in the same vintage red shade.