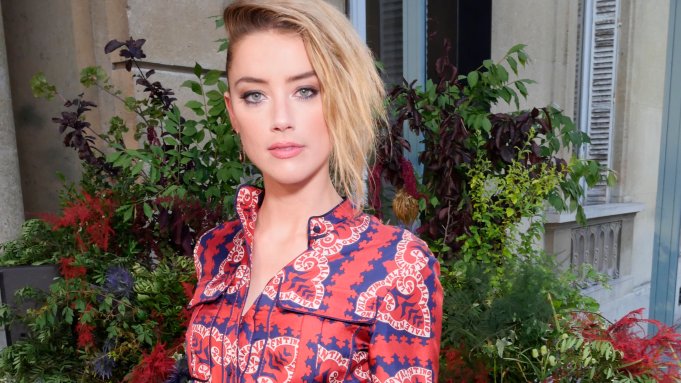 SECRET GARDEN: The skies stayed clear for a preshow cocktail in the garden of the Hôtel Salomon de Rothschild for guests attending the Valentino couture show on Wednesday, as the final show of the week.

Guadagnino said he’s hoping to premiere his remake of Dario Argento’s “Suspiria,” which he has almost completed, at the Venice Film Festival at the end of the summer. “Fingers crossed,” said the director, who is also producing a film called “Born to Be Murdered.” “It’s a manhunt thriller — I’m going through my dark phase,” he quipped.

Amber Heard had brought her mother, Paige Parsons, along for the event. The pair joined Tracee Ellis Ross on the lawn by a statue of a deer for a glass of champagne.

“I love that they chose to have the reception outside so you get to experience the Parisian summer,” said Heard, who has just wrapped filming Alex Ross Perry’s “Her Smell” in New York. She stars opposite Elisabeth Moss “and a bunch of really great girls.”

“The cast is almost entirely female, which I loved,” added Heard, who is relishing getting to do independent projects in between the blockbusters. “You do dedicate so much time to them, nine months of your life is gone,” she said. “Afterward you get to dust yourself off and go back to work on the kinds of things that at least I remember doing when I was coming up, and to take some chances.”

Admiring the flowers, Lucy Boynton talked about her experience filming “Bohemian Rhapsody,” in which she plays Mary Austin, the muse of Queen’s Freddie Mercury, on whom the film is based.

“Mary was in a relationship with Mercury for six years and became his closest ally,” said Boynton, whose most memorable moment from the filming was the final take. “Rami Malek, who plays Freddie, was shooting a performance of ‘Love of My Life.’ He took a sweeping bow at the end, and the director turned around and said, ‘This is it,'” she said.

“There’s a lot about Queen online but less about Mary. I looked at all the interviews she’d done to see what she was willing to talk about,” added the actress, preparing to head to her seat. “But Brian May was my main source of inspiration, which is an incredible thing to say. It was great to hear all the different loving things he had to say about her.”