The French contemporary brand has collaborated with 10 labels. 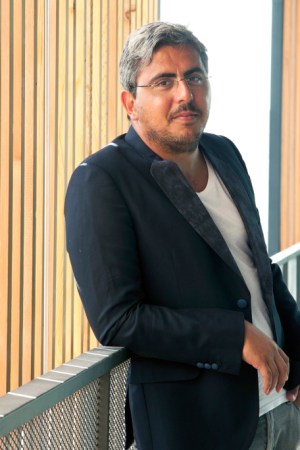 COUNTERINTUITIVE: To mark its 10th anniversary, the French contemporary label American Vintage is to unveil collaborations with 10 French labels.

“As we are getting established, we want to stay connected to young designers and bring lifestyle products that are complementing our collections,” said Michaël Azoulay, the brand founder and president.

Tie-ups also include socks with Archiduchesse; a fragrance with Au Fil du Temps; soaps with Le Baigneur, and eyewear for men and women with Waiting for the Sun. They will be sold in select American Vintage point of sales.

American Vintage is also mounting an exhibit where five photographers including Laura Bonnefous and Charlotte Abramow were invited to reinterpret the brand.

Based in Le Castellet, near Marseille, the brand was founded by Azoulay at age 26, initially specializing in T-shirts before expanding its collections to other ready-to-wear pieces.

The brand is to open its first store in London this fall in the Notting Hill area this fall, Azoulay said.

In Asia, it has two stand-alone stores in Hong Kong and Singapore and three corners in department stores in Korea.