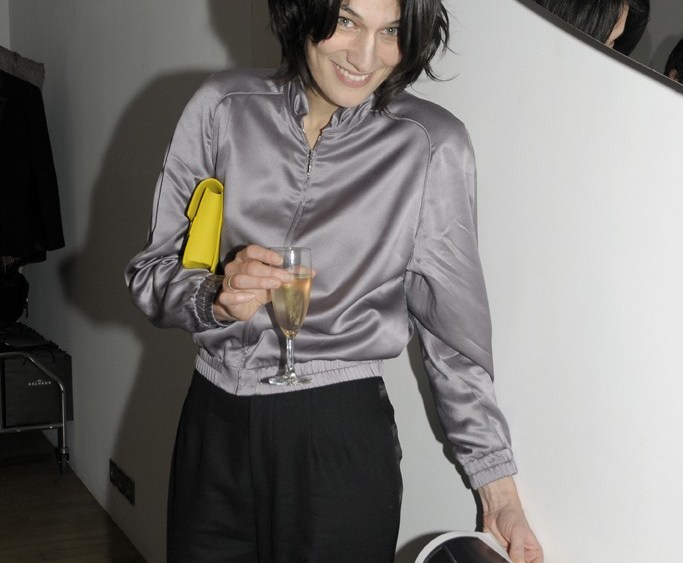 MIXING BUSINESS WITH PLEASURE: If the crowd packed into historic Belgian leather-goods house Delvaux’s cocktail party Thursday in Paris was anything to go by, the brand’s attempts to expand internationally — albeit on an exclusive level — are chugging full-steam ahead.

Against the backdrop of sounds mixed by Belgian DJ Bernard Gavilan, an eclectic crowd of starlets, retailers and brand executives chatted informally and checked out the house’s latest collections, many of which are bright new twists based on its vintage designs.

French actress Clotilde Hesme, sporting a lilac satin embroidered Viktor & Rolf jacket for the occasion, said she loves fashion and is increasingly close to Chanel — so much so that she features in the book and exhibition “The Little Black Jacket” and has begun touring with the brand for events.

Hesme said she is about to start rehearsals for Patrice Chereau’s 2014 production of Shakespeare’s “As You Like It,” in which she will play Rosalind, and will also star in a second movie by Alix Delaporte, with whom she worked on “Angèle & Tony,” the movie for which the actress won a César award last year.

Mexican actress Nathalia Acevedo, meanwhile, will start work later in the year on two new movies, including one shot by Christopher Doyle. The actress is now living in Paris. “It is one of the cities you have to live in before you die,” she said.

As to business, Delvaux ceo Marco Probst spoke of the slow but steady international expansion of the brand, which currently does around 90 percent of its business in Belgium. “I think in five years, that ratio will be almost reversed,” he said.

Part of the expansion will include a boutique on New York’s Madison Avenue next year or in 2015, he revealed. And Delvaux is also likely to sign with a Parisian retailer in the coming months. The brand, despite its history, is not yet sold in the capital of fashion.