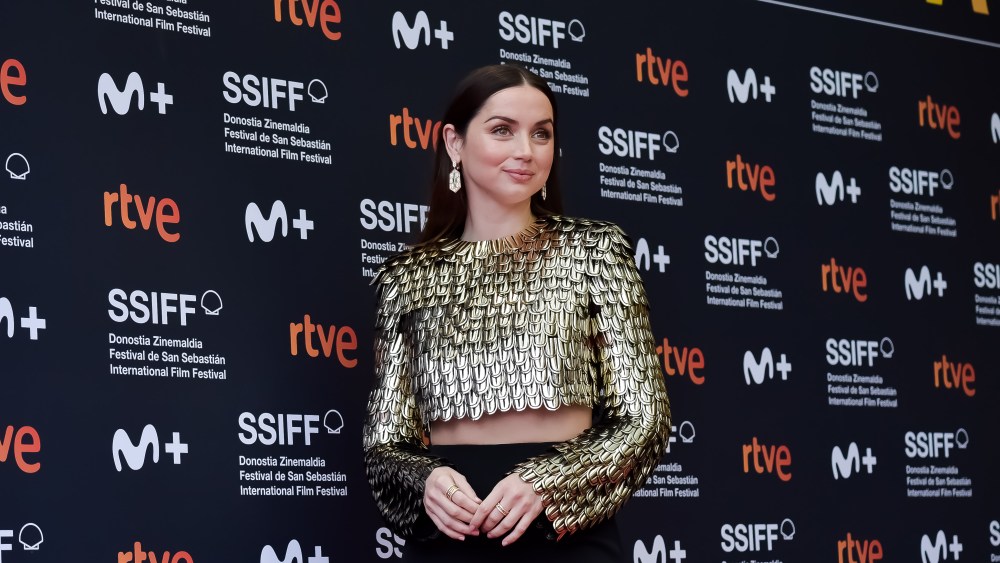 Ana de Armas is continuing to promote her new film “Blonde” with another standout fashion moment.

The actress attended the San Sebastián Film Festival in Spain on Saturday in a custom look from Louis Vuitton. De Armas’ outfit included a cropped gold, metallic-textured top paired with a black high-waisted skirt with a thigh-high slit. She paired the look with jewelry from Bulgari. De Armas was styled by Samantha McMillen.

This is de Armas’ latest standout fashion moment while promoting “Blonde.” The actress has regularly looked to Louis Vuitton for her red carpet looks, including at the Los Angeles premiere when she wore a custom sequined halter gown.

At the Venice Film Festival earlier this month, de Armas channeled Marilyn Monroe herself with a custom hand-pleated, pink satin gown with a plunging neckline by Louis Vuitton. The dress was reminiscent of two of Monroe’s most iconic dresses: the pink dress she wore in the 1953 film “Gentlemen Prefer Blondes” and the white halter dress she wore in the 1955 film “The Seven Year Itch.”

Earlier in the festival, de Armas arrived in Venice for a photo call event where she wore a Louis Vuitton black bustier and miniskirt under a black wool utilitarian-style jacket.

De Armas’ has gotten rave reviews for her portrayal of Monroe in “Blonde,” which is a biographical drama that follows the late film icon from her childhood through the height of her acting career. The film will debut on Netflix on Wednesday.