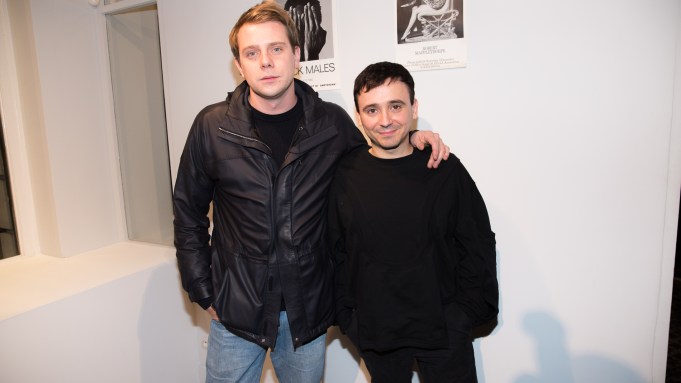 The creative director of the Spanish luxury house is trying to build buzz on the other side of the Channel this week following a strong showing for his own brand, J.W. Anderson, during London Fashion Week Men’s.

The designer was joined at the signing by the book’s editor, Candy magazine’s Luis Venegas, whom he had previously commissioned for a 170-page volume on J.W. Anderson.

The Broken Arm boutique and coffee shop specializes in contemporary luxury brands like Vêtements and Jacquemus as well as limited editions from sportswear brands such as Nike and Salomon.

The new Loewe book features images from throughout the house’s more than 170-year history. Anderson has said he sees the volume as a useful reference tool.

“It’s not a book to be precious with,” the designer said when the tome was released in November. “It’s a hefty block of paper that’s meant to be used and engaged with, documenting the entire universe of the brand until now, indicating where it stands today and where it might go next.”

Now in its fourth year under Anderson’s direction, Loewe will present his fall 2017 collection for men in Paris Thursday.