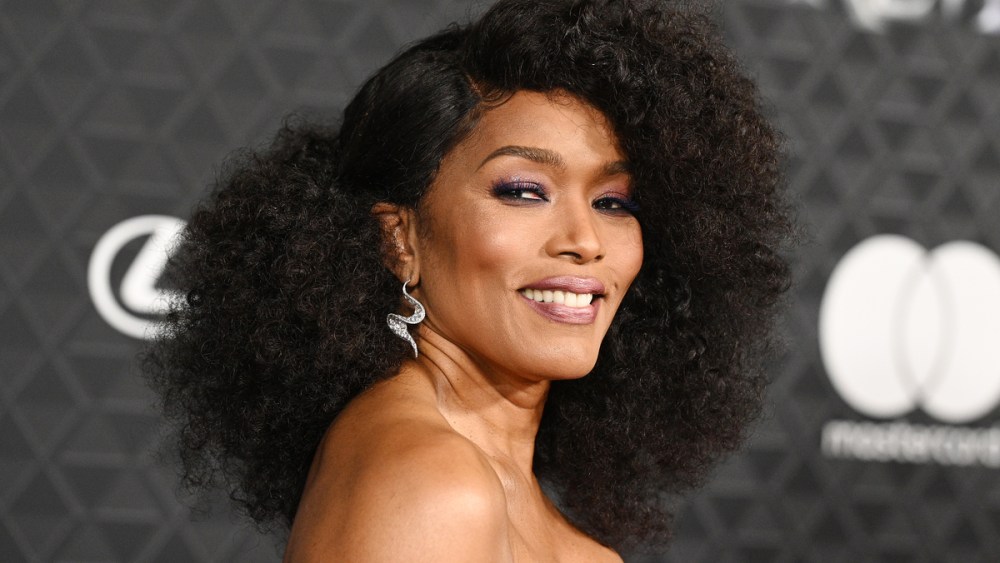 Angela Bassett arrived on the red carpet in a vibrant purple dress by Moschino on Oct. 26 for the Los Angeles, California, premiere of “Black Panther: Wakanda Forever.”

To celebrate reprising her role as Queen Ramonda in the sequel to “Black Panther,” Bassett’s silhouette incorporated a pleated peplum-style flare at the cups of the bodice, and a pleated peplum hemline with a floor-length skirt.

She coordinated with a pair of glittering pink peep-toe platform heels from Le Silla. For accessories, Bassett selected bejeweled wraparound earrings and statement rings from Reza and Gismondi 1754 Jewelry.

To create the look, Bassett worked with stylist Jennifer Austin, who styled her for several appearances, including the recent Where Are Can Occur Wearable Art Gala, where the actress was awarded the Film & TV Icon Award. For the honor, she wore a look by Georges Hobeika.

Bassett worked with makeup artist D’Andre Michael to create an evening-ready makeup look, including a hint of golden bush, a soft glossy purple lip, purple eye shadow and dramatic mascara. For hair, she worked with Randy Stodghill, who styled her hair slicked down on the side and the back done in a voluminous curly style.

In addition to her role in “Black Panther: Wakanda Forever,” Bassett is also celebrating the sixth season of her television show “9-1-1.” The Ryan Murphy and Brad Falchuk series is currently airing new episodes on Fox.