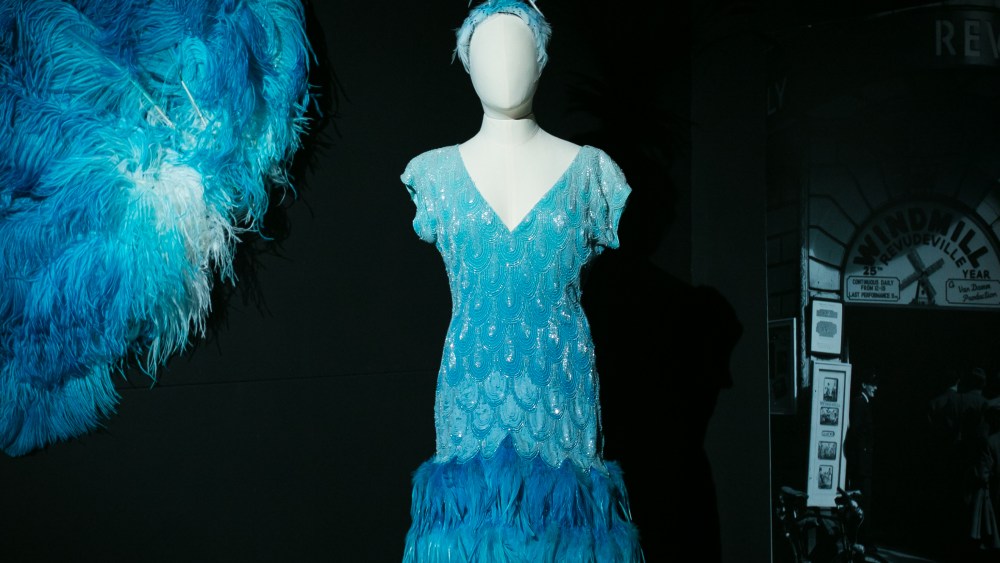 TAKING FLIGHT: Angels The Costumiers, London’s go-to place for stage and screen dressing, is marking 175 years in business with an exhibition that runs until Jan. 3 at The Old Truman Brewery in the East End.

“Dressed by Angels” is an interactive showcase curated by Exhibitours, a promotion and show management company, that features looks from scores of productions including “Chitty Chitty Bang Bang,” “Titanic,” “Star Wars,” “The Iron Lady,” “Grand Budapest Hotel,” “Downton Abbey” and “Wicked” and worn by actors ranging from Fred Astaire, Judi Dench and Meryl Streep to Cate Blanchett and Hugh Bonneville.

There are digital installations, including games, measurement tapes and forms — and instructions about how to use them — and a workshop room that shows visitors how costumes are conceived and made.

Letters, photos, vintage and individual items are also on display, including Peter Sellers’ Inspector Clouseau hat, Christopher Lee’s cape from “Dracula Has Risen,” and the jacket Kanye West wore for the Brit Awards 2015.

“The curation has been an evolving process, as we have been able to add items discovered in the illustrious warehouse at Angels,” said Exhibitours producer Carol Stenberg, adding that it is the first time the costumes have been brought to life in an interactive way.