Kendall Jenner and Gigi Hadid favourite, Anine Bing has opened a boutique on the fifth floor of Harvey Nichols London. 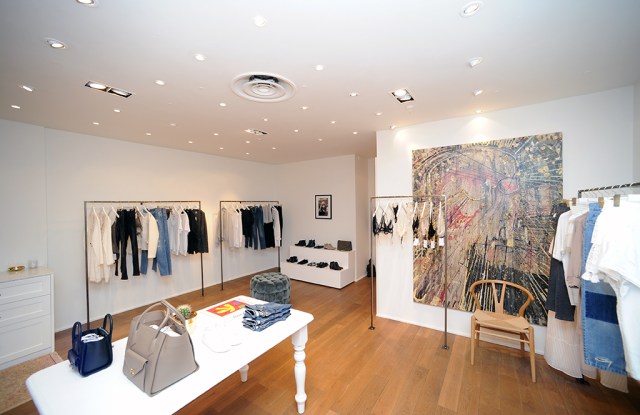 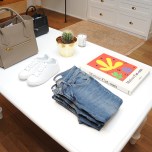 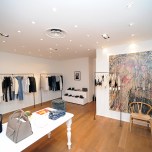 SCANDINAVIAN DRAMA: The Danish model and musician turned fashion designer Anine Bing has enjoyed a swift trajectory since launching her label five years ago. This week the celebrity favorite will bring her Los Angeles cool-girl vibes to London, opening a concession at Harvey Nichols in Knightsbridge.

The 500-square-foot space is located on the third floor, next to Club Monaco. It is Bing’s seventh location worldwide after L.A.; New York; Paris; Madrid; Antwerp, Belgium; and Barcelona, which opened earlier this month. Her European push continues with a Brussels store set to open at the end of this month, followed by Berlin in mid-August.

The London boutique mirrors the look and feel of the other stores, with city-specific Baroque-style artwork by the maverick Danish artist Allan Bestle and flea market-find furniture. It’s the antithesis of the spare Scandinavian look. “It’s like stepping into my world. It’s the same vibe as my own home and I like to keep it really personal and welcoming and not too ‘clean clean clean,’” she said.

The 33-year-old Bing lived in London for a spell during her modeling days, later returning to work with the music producer Guy Chambers. “It’s a little more rock ’n’ roll than L.A., a bit tougher,” she noted. “There’s such a great street style and British girls are good at mixing in vintage pieces.”

Bing already has had a strong celebrity following, with Rosie Huntington-Whiteley among her first customers. This year she’s seen Gigi Hadid wear some of her pieces — the studded Charlie boots in particular — while Kendall Jenner’s black lace bralet, another Bing design, practically went viral during Coachella.

Bing credits much of her success to her early embrace of Instagram and to blogs, and took the “see now buy now” approach from the start. “I think I was one of the first brands to join Instagram and realize its power. If I was wearing something on Instagram or on my blog people wanted it instantly; they didn’t want to wait six months. In addition to my core collection, I have always released new styles every month instead of doing fashion shows,” she said.

The next monthly collection will arrive in August and features velvets, corduroys, pops of red and green, plus a great pair of gold boots – inspired, she said, by “the Seventies club scene in London and by the British royal family.”