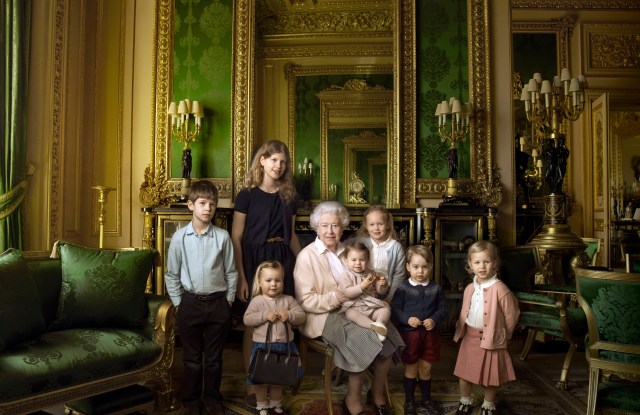 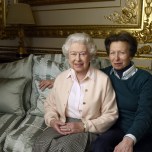 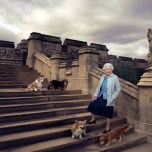 The portraits by Annie Leibovitz were taken at Windsor Castle of the monarch with the youngest members of the royal family, Princess Anne and her four dogs.

The second image shows the Queen with her daughter Princess Anne in the castle’s White Drawing Room. The third showed the royal posed with her four dogs on the Windsor Castle steps.

On Wednesday, the Royal Mail released a specially commissioned stamp featuring the monarch, Prince Charles, the Duke of Cambridge and Prince George. The first-class stamp features four generations of the royals posed together in the White Drawing Room, photographed by Ranald Mackechnie.