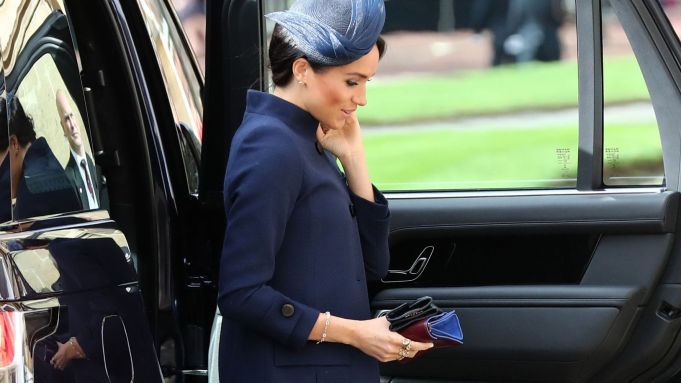 ROYAL FLUSH: Princess Eugenie has only just hung up her wedding gown, and already her cousin Prince Harry has stolen the spotlight. The Duke and Duchess of Sussex are having a baby in the spring. The baby, Prince Harry and Meghan Markle’s first child, will be seventh in line to the throne.

“Their Royal Highnesses have appreciated all of the support they have received from people around the world since their wedding in May and are delighted to share this happy news with the public,” Kensington Palace said in a statement Monday, as the couple began their tour in Sydney.

The royal couple will attend 76 engagements and activities between Oct. 16 and Oct. 31, with a focus on youth leadership, environmental and conservation efforts. They will also be involved with the Queen’s Commonwealth Canopy projects to preserve indigenous forests for future generations.

The two are slated to watch the Invictus Games, visit the Tarong Zoo in Sydney and attend a rehearsal of the Bangarra Dance Theatre at the Sydney Opera House. In Fiji, they will visit Queensland’s Fraser Islands, a site under the Queen’s Commonwealth Canopy. They will attend a traditional welcoming ceremony and pay respects at the Fiji War Memorial.

The royal couple will finish their tour in New Zealand, where they will attend a traditional welcome ceremony at Government House, travel to Pukeahu National War Memorial Park, and visit Pillars, a charity that mentors children of prisoners.