Anthropologie Pops Up in Berlin 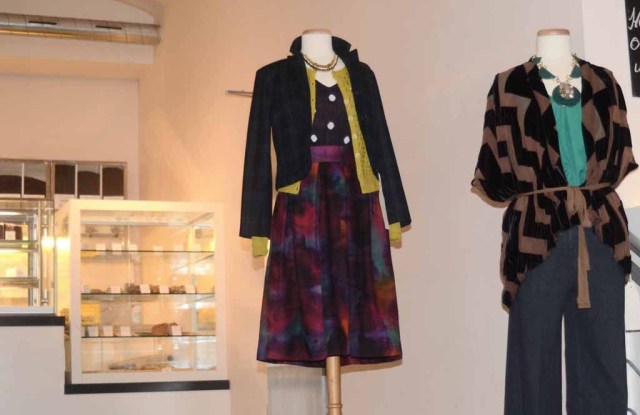 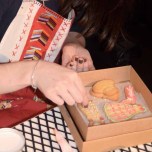 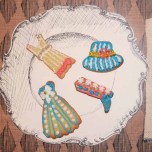 TASTE TEST: The main question making the rounds at Anthropologie’s high tea at Barcomi’s Deli in Berlin earlier this week was, “Are we or aren’t we?” As in, are we getting an Anthropologie store in Germany? The answer was “No, at least not for now,” even as the American company is stepping up virtual and pop-up efforts to widen brand recognition outside its existing U.S. and U.K. markets.

“This is the start,” Michael Robinson, head of e-commerce told WWD at this “Taste of Anthropologie” tea, where a variety of the brand’s fall fashions could be seen and touched up close. The deli was also completely outfitted with Anthropologie’s whimsical glasses and tableware, and the journalists with Anthropologie aprons so they could ice and decorate a wardrobe of cookies in personal style. The popular café will remain “Anthropologized” through Nov. 28, also allowing the public to get a first-hand taste.

Eschewing traditional advertising, Robinson said “this is a typically Anthropologie approach to creating awareness and word of mouth.” He added there are plans to stage another event in another European country sometime soon, most likely in France, and the team is also considering pop-up stores. “There are lots of ideas, but in this business climate we first want to see what works and is effective,” he said.

The brand’s online store is effective, with 25 percent of Anthropologie’s business generated online, and the Berlin event was also a celebration of the site’s first non-English language version in German. “We’re starting with the Internet as we want to get to know the (German) customers and what they want. The first thing we learned when we started in the U.K. (with the first store in October 2009 and e-commerce in 2010) is that you have to know the language. And how different the Brits are to the Americans.”

A case in point: don’t use too many exclamation points in Britain. “They’re much more understated,” Robinson said.