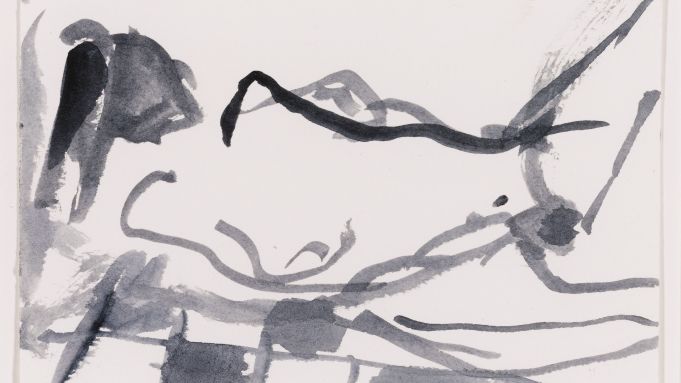 COLLECTING THINGS: Anya Hindmarch hosted an intimate breakfast to launch a collection of works that she guest-curated for Sotheby’s on Thursday.

A trustee to the Royal Academy of Arts and the Design Museum, selecting items for the auction house’s contemporary art auction was an easy task for Hindmarch.

“It’s a really fun thing to do,” Hindmarch told WWD of curating the exhibit. “I could lose my heart to art. I could buy something I really shouldn’t and mortgage my house. I really love something you live with and it makes me happy every day if I have it around me. So I was asked to do this and was so excited. It’s almost like compiling a sort of playlist.”

“To actually have them together is almost as how you’d want them at home,” Hindmarch added. “So they’re not necessarily things you’d put together, but I think they work together. For example, the Gerhard Richter grows and grows on you and if I had to pick one it would be really hard and would have changed from what I’d picked at the beginning.”

Highlights include Tracy Emin’s “Selfie 1,” Ai Wei Wei’s “Fairytale” and untitled works by Keith Haring, Anish Kapoor and Yayoi Kusama. The exhibit is to run from Sept. 16 to 19 at the London auction house located on New Bond Street.

The British accessories designer — who will be staging a show on Sept. 18 — will be teaming with British milliner Stephen Jones for her spring show. “He’s an old friend of mine who I’ve worked with in the past and he’s honestly a genius,” said Hindmarch. “It’s about interpreting what we’re trying to say for the show. He’s a master at that.”

Hindmarch plans to open a store in Melrose Place at the end of October with additional launches in Singapore and Korea.

“We’re just in the final stages of bills now which is exciting,” said Hindmarch. “We already have a store there in South Robertson and the street is lovely but it’s changed a lot. It’s been there for quite a number of years now and so we wanted to relocate within L.A. and have a bigger space — it’s almost double the size — it’s a beautiful space on Melrose.”

“We have a part of our collection which is bespoke, so you can actually personalize things,” she added. “We have a huge number of customers from L.A. who come to our bespoke store in either Madison or in London. You can have script notebooks made, so I think it will be really nice and we’re really excited about it.”