The designer encouraged Londoners to rediscover the pleasure of penning letters and the art of calligraphy.

FROM ANYA WITH LOVE: Anya Hindmarch continues to build on her London Fashion Week events series.

After placing chubby heart balloons around the city’s landmarks and inviting the public to take a break and chill on cloud-shaped bean bags, this season the designer encouraged Londoners to rediscover the pleasure of penning letters and the art of calligraphy.

To mark the launch of the brand’s Postbox bag, Hindmarch set up a four-day immersive art installation in the Brewer street car park. This consisted of a giant, fire-red maze created by puzzle designer Adrian Fischer and inspired by M.C. Escher’s mural designed for The Hague Post Office.

“I wanted to talk about the Postbox bag and for me posts and letters are such a lovely thing,” said Hindmarch. “It’s an art and it’s a little bit of a loss because people are not writing letters anymore. We send quick e-mails and texts but actually getting a letter from your grandmother with a spill of an ink or a little drawing is something that you keep,” she added, highlighting that the ultimate goal was “to talk about doing things slowly.”

While solving the maze, visitors were able to discover recordings of some letters written over the centuries and read by renowned actors, including Olivia Coleman, Benedict Cumberbatch, Carey Mulligan, Ian McKellen, Oscar Isaac and Andrew Scott.

“It was really hard to pick [the letters], because I wanted a selection: some funny ones, some serious ones and some sad ones just to convey how broad they have been historically,” said Hindmarch.

The selection includes a letter that three  Elvis Presley fans sent to American president Dwight Eisenhower urging the White House to keep the singer — and especially his hair — away from harm when he was inducted into the U.S. Army in 1958. Another recording retraced the words mathematician Alan Turing penned to his friend and colleague Norma Routledge shortly before pleading guilty when charged of indecency for having a relationship with another man. 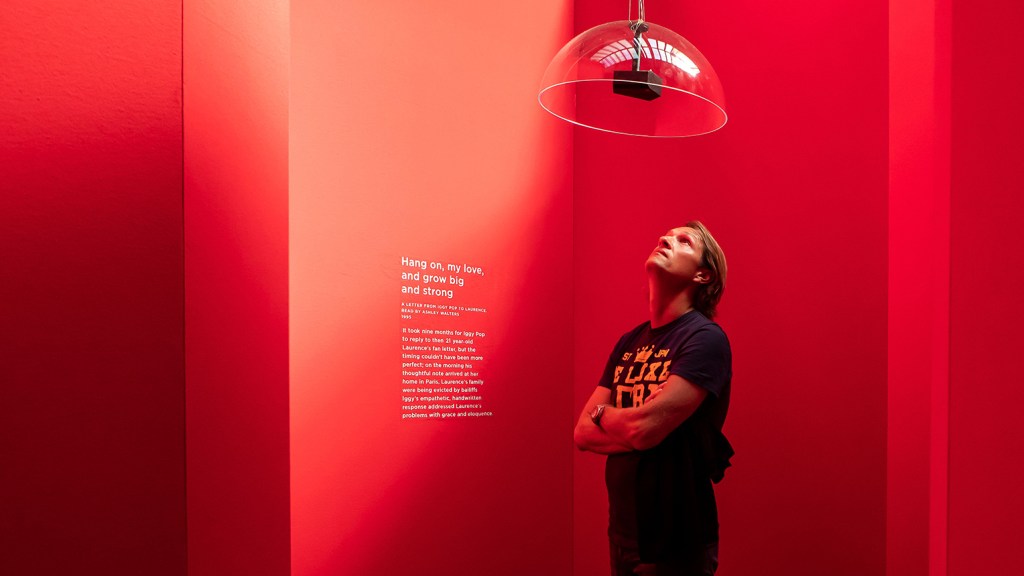 Once the maze was solved, visitors were rewarded with logoed pastry shaped as letters and stamps and offered in a themed temporary café. A lovely stationery pop-up store was staged in a different room, along with a corner dedicated to calligraphy workshops and developed with ink-and-nib specialist Quill London. Guests’ experiential journey reached the peak with an invitation to pen a letter that the company will post for them.

The same area additionally showcased the Postbox bag in various materials, color combinations and sizes on red pedestals. Already available in the brand’s store, the essential design is defined by a flat, vintage-gold frame on the front and can be both carried by hand or worn cross-body thanks to a gold chained strap.

Hindmarch said the style took two years to be developed as “really simple things take a long time to make.” 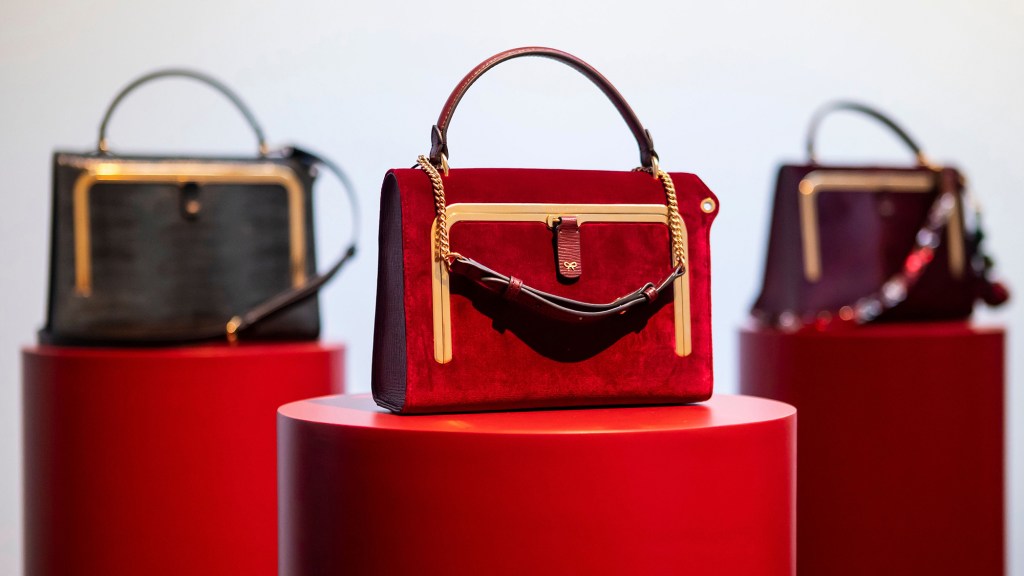 “They are much more complicated because there’s nowhere to hide,” she concluded, underscoring the challenges of creating the flat frame and delivering a lightweight construction.