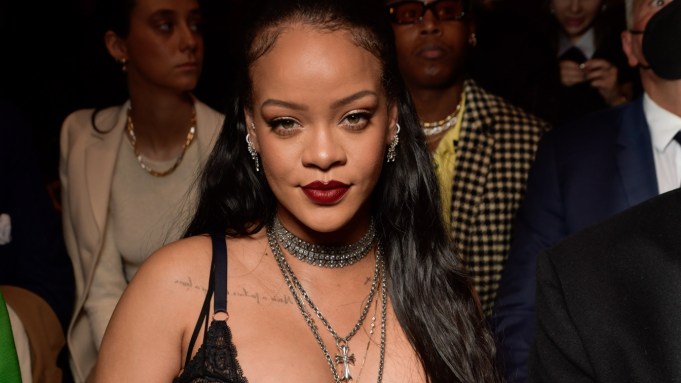 While most at Dior’s fall show were keeping their eyes peeled for Rihanna, who arrived very fashionably late amid a flurry of flashes, Anya Taylor-Joy’s ones were trained on the renditions of famous female portraits and their doubled-up eyes.

“It’s pretty interesting to see paintings you think you know come to life in a different way,” said the actress, whose first campaign for the house after being named Dior ambassador in October 2021 was revealed earlier in the day. Along with Blackpink’s Jisoo and British artist and model Sharon Alexie, both seated nearby, she is fronting the campaign for the Dior Addict lipstick line.

Currently training ahead of the filming of “Furiosa,” the “Mad Max: Fury Road” prequel focusing on the origin story of the character played by Charlize Theron in the 2015 film, she was already displaying one skill she admitted developing for the role — a ninja-like ability to avoid spoilers.

Even when talking about Olga, the character she plays in Robert Eggers’ “The Northman,” which comes out in April, she adroitly side-stepped by drawing attention to the film’s “vast, epic and large in scale” universe. Given Taylor-Joy mentioned it was a reunion of sorts with the team of “The Witch,” the first film she starred in, a heady dose of the supernatural could be on the cards.

One magical being already sat nearby, but if Yara Shahidi had any pixie dust left from her role as Tinker Bell in Disney’s upcoming live-action retelling of Peter Pan’s adventures, she kept it well hidden under the sharp lines of the cape jacket she was wearing at the show.

“I’m not usually this serious,” the “Grown-ish” actress admitted with a grin, describing her latest role as a jaunt in “such an enjoyable [fantasy] world” that was so different to “Grown-ish’s” socially relevant comedy.

Not in her fashion choices, at least. In addition to her work as an activist and her classes at Harvard, she’s currently doubling down developing projects for 7th Sun, the production company she co-owns with her mother Keri Shahidi.

“[Acting and producing] are like apple and oranges. I feel like two totally different parts of my brain are engaged,” she said. “[And] it’s a more direct way to put into action some of the principles of equity and inclusion…[being able to craft what you want to see] is especially fulfilling after talking about representation for so long.”