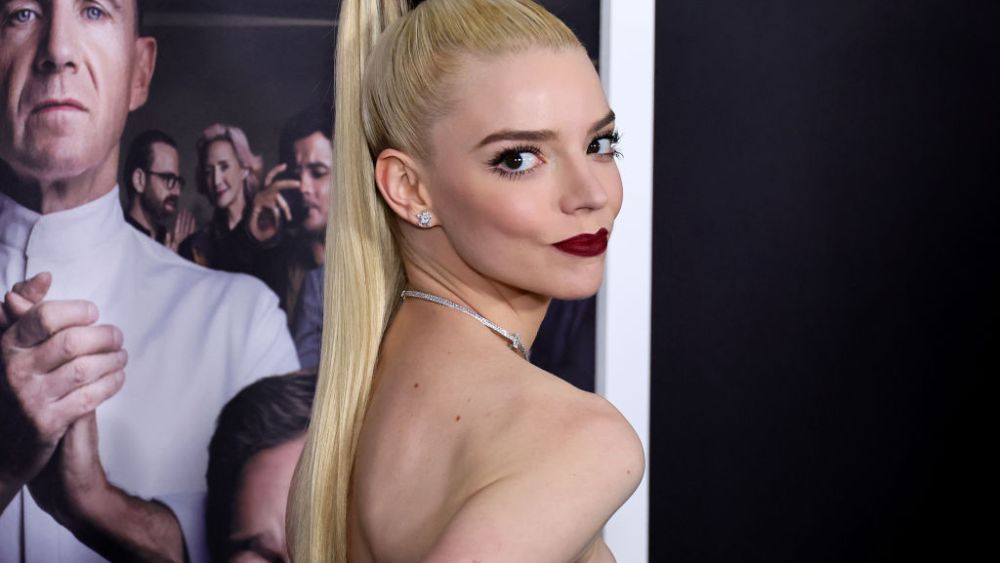 Anya Taylor-Joy arrived on the red carpet for the New York City premiere of “The Menu” on Nov. 14, wearing a black floral lace dress by Dior. The actress became a global ambassador for the brand last year.

The embroidered dress was designed with a crinoline skirt and fishnet-style sleeves from the brand’s spring 2023 collection by creative director Maria Grazia Chiuri. For the line, Chiuri drew inspiration from Catherine de’ Medici, an Italian noblewoman who was Queen of France from 1547 to 1559. Chiuri felt drawn to de’ Medici, relating to her on them both being Italians in Paris.

She worked with stylist Ryan Hastings, who recently styled the actress in a white Dior lace ensemble for the Harper’s Bazaar U.K. Women of the Year Awards.

For makeup, Taylor-Joy used cosmetics by Dior Beauty. She went for an evening-ready look, including a dark cherry red lip, light pink blush and heavy mascara. She had her hair pulled back into a high ponytail with a black hairband.

Taylor-Joy and Hoult can also be seen together in the ad campaign for Jaeger-LeCoultre watches.

“The Menu” is a black comedy-horror film directed by Mark Mylod. Will Ferrell served as one of the producers. In addition to Taylor-Joy and Hoult, the project also stars Ralph Fiennes, Hong Chau, Janet McTeer, Judith Light and John Leguizamo. The movie will be released in the U.S. on Friday.