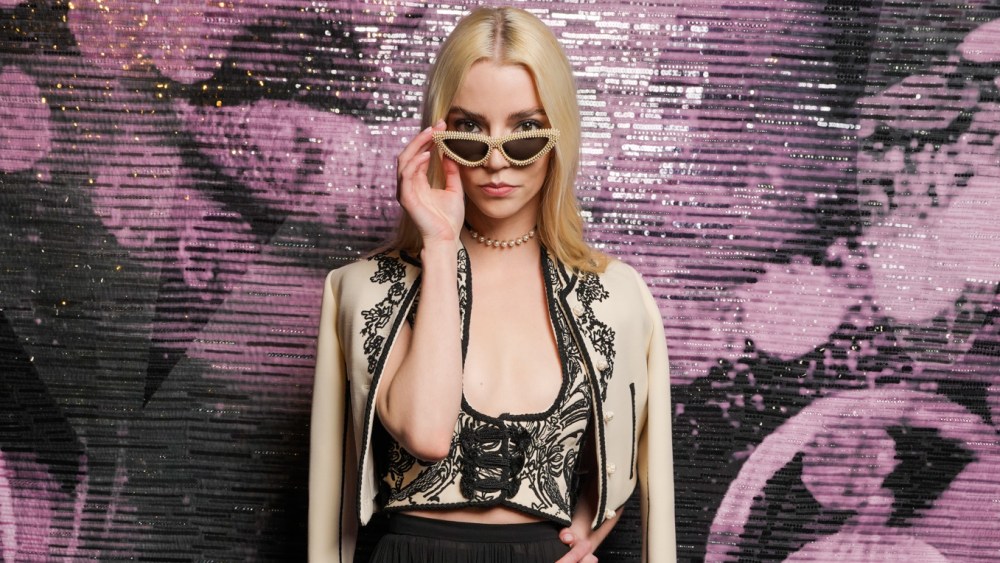 The theme for Dior’s haute couture show Monday afternoon may have been singer Josephine Baker and the ’30s, but Anya Taylor-Joy went for a little rock ‘n’ roll.

“It started with the skirt and then I was like, ‘OK, how do we make this a little bit more rock ‘n’ roll, a bit more grunge-y?’ Luckily I have the wonderful stylist Ryan Hastings and we just sort of went from there,” she said. The end result was a daringly low-cut lace-up vest, with a short jacked thrown over her shoulders.

She’s been a face of the house for just over a year now and has eased into the role. “Now we’re really good friends so it just feels like the pressure is taken off. You go in and everyone has a good time and we knock it out,” she said of the dressing process.

Taylor-Joy just finished filming the next installment of the “Mad Max” franchise with “Furiosa” now under her belt. The post-apocalyptic atmosphere has spilled over into her real-life wardrobe.

“I wear more leather than I used to for sure,” she said. “That movie is so heavy metal I think I’ve always had it within me but it potentially inspired me to wear it a little bit more.”

The movie isn’t due out until 2024 and Taylor-Joy has moved on to pursuing other projects. “It’s been good to clear my head a little bit. I was doing [‘Furiosa’] for about seven months, and it’s quite an intense world,” she said. She was seated with “The Crown” star Elizabeth Debicki.

The front row was also intense, with Blackpink’s Jisoo making the trip between tour dates in the Middle East for the show. She was seated with Tag Heuer chief executive officer Frédéric Arnault and “West Side Story” star Rachel Zegler. The frenzy of photographers caused other celebs to get jostled.

Kirsten Dunst was seated with legendary actress Catherine Deneuve and shyly asked if her husband Jesse Plemmons could take a photo of them together.

Deneuve happily obliged and Plemmons whipped out an old-school physical camera for the souvenir.

“I feel very honored to be here in Paris — without kids and with my husband, it’s very nice,” Dunst said of taking a little break.

She praised the work of designer Maria Grazia Chiuri and spending the afternoon on the grounds of the city’s Rodin museum. “It’s just the most incredible place,” she said. “All of it is so modern and yet a throwback to the history of this house, so everything is elegant and tailored and still feels unique,” she said of the styles.

She was dressed casually in suede trousers with suspenders for the afternoon out, while Plemmons was in a grey suit and black T-shirt.

For Yara Shahidi it was a return to the Dior world. The “Grown-ish” actress attended September’s Met Ball in a Dior gown that was an homage to Josephine Baker. “I think it’s really beautiful to know the house’s lineage of support of powerful women,” she said.

“That’s why we had chosen her to do an homage because Dior supported her throughout her career while she was alive, so I’m grateful of how this house supports artists and the way it comes through in the work.”

The work was Chiuri’s celebration of women who broke racial barriers in the ’30s. The runway featured art from Mickalene Thomas and set out to “shake up the vision of haute couture.”