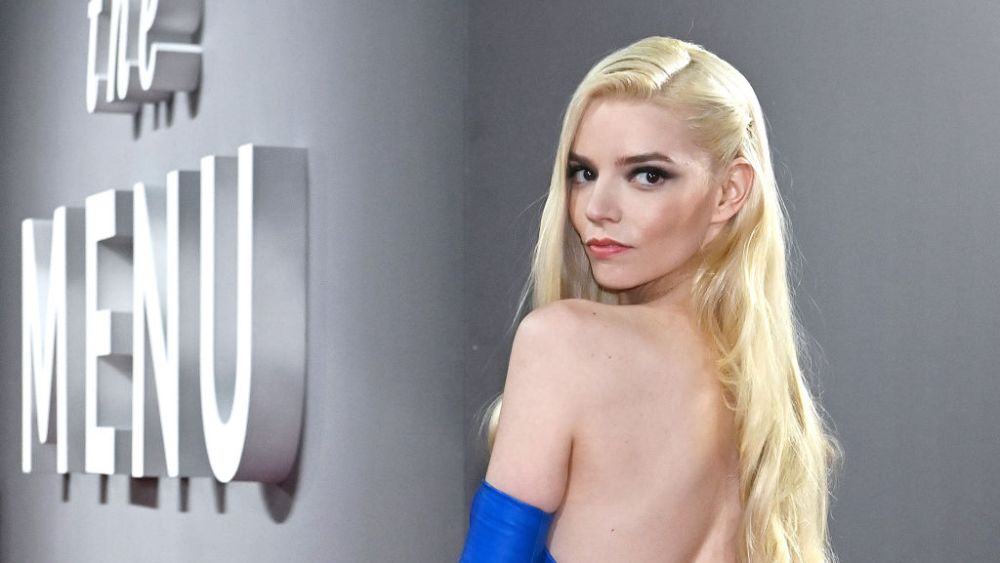 Anya Taylor-Joy arrived on the red carpet for the London premiere of her new film “The Menu” on Wednesday wearing an electric blue latex dress by Alexander McQueen.

To celebrate her new movie, where she stars opposite Ralph Fiennes and Nicholas Hoult, the actress had on a silhouette with an asymmetrical high-low skirt and matching latex opera gloves.

She wore a Jaeger-LeCoultre 101 Reine white gold watch on one wrist. She completed the look with a pair of black stiletto heels from Christian Louboutin.

For makeup, Taylor-Joy went for an evening-ready look, including a soft pink lip, a hint of blush and dramatic eye makeup, including smokey eye shadow and mascara. She had her blond tresses parted to one side and done with voluminous waves at the ends.

The actress was accompanied by Hoult, who wore a burgundy blazer, pink shirt and black tie while sporting a Jaeger-LeCoultre watch.

In October, Taylor-Joy and Hoult both starred in an ad campaign for Jaeger-LeCoultre’s Reverso collection. The campaign was based on the Butterfly Effect and featured elements of nature as the two separately modeled the brand’s Reverso watch. Taylor-Joy was announced as a brand ambassador for the luxury watch brand in September.

It has been a busy year for Taylor-Joy. This fall, she also starred in “Amsterdam” alongside Christian Bale, John David Washington and Mike Myers. She also completed voice-over work as Princess Peach in the upcoming “The Super Mario Bros. Movie.”

“The Menu” is a black comedy-horror film directed by Mark Mylod, who is known for his work on the television series “Game of Thrones” and “Shameless.” The film stars Ralph Fiennes, Anya Taylor-Joy, Nicholas Hoult, Judith Light and John Leguizamo. The movie debuted at the Toronto International Film Festival in September and will be released in the United States on Nov. 18.