Franklin's career spanned over half a century and created some of the most popular and well-known American songs. 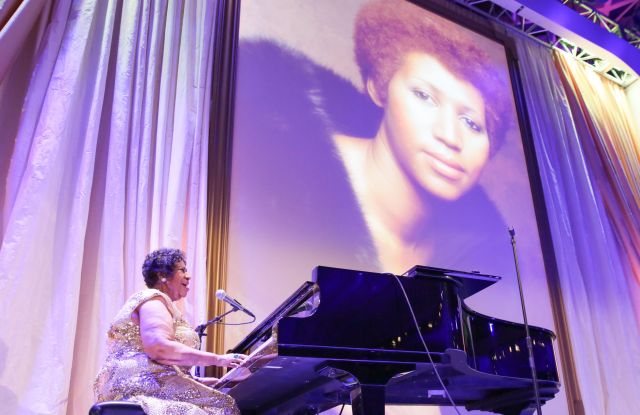 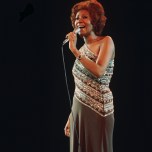 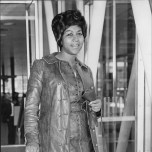 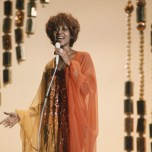 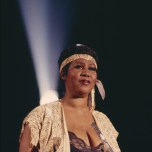 Aretha Franklin, a music legend known for stirring vocals that managed to mix the powers of gospel, soul and pop music, has died. She was 76.

The exact cause of death is unknown, but Franklin had recently been placed in hospice care due to pancreatic cancer at her home in Detroit, a move made public by her family and publicist, Gwendolyn Quinn. Quinn confirmed Franklin’s death Thursday.

Franklin has been praised by all corners of the music industry since her deteriorating condition was made public last week. Stevie Wonder visited Franklin this week, according to multiple reports, and even former President Clinton tweeted that he and Hillary Clinton were spending time listening to Franklin’s large body of work “like people all around the world, [music that] has been such an important part of our lives for the last 50 years.” Other celebrities from Mariah Carey to Lin-Manuel Miranda also have paid tribute on social media.

The first woman inducted into the Rock and Roll Hall of Fame and alternately dubbed the Queen of Rock and the Queen of Soul — showing she couldn’t really be categorized as either — Franklin stood out from the time she hit the scene in the early Sixties, and before the end of the decade, she’d produced some of her most enduring work. “Respect” has been a movement mantra since its release in 1967, while others like “(You Make Me Feel Like) A Natural Woman” and “Think” can probably be sung from memory by most people with even a passing familiarity with American music.

Franklin was also a serious fan of boxing and fashion, using a 1987 interview with WWD — a time when she’d just been inducted into the Rock and Roll Hall of Fame and her 12th studio album had gone platinum — to publicly plea for Calvin Klein to make clothes larger than a size 12. “Please make 14s” she asked, “sweetly,” according to the writer.

But she was also a woman and a celebrity who could use her power in the industry, with a demand for respect that went well beyond what’s maybe her most famous song. She wrote WWD a brief letter in 1992 to correct the “gross inaccuracy” of an item that had her choosing to wait in a Rolls-Royce to receive guests of Clive Davis’ pre-Grammy cocktail party in his penthouse, including Donna Karan, due to her fear of elevators.

“For your information…I opted to wait for Mr. Davis with Ms. Karan in the car to avoid laryngitis…[from] night air and [getting] in and out of the car too much…with respect to subsequent rehearsals and Grammy performances,” read the missive. “For your further information, I was not expected at Mr. Davis’ party at his penthouse and I have no fears or phobias whatsoever concerning elevators.”

When you’re among the best-selling and critically admired music artists of all time, turning a Rolls-Royce into a receiving line seems almost natural, but Franklin was often described as deeply private and not one who courted fame. She was born in Memphis but moved as a young girl with her family to Detroit, where she began singing in her church choir. Her first solo was at the age of 10, not long after her mother died.

By 1960, she had a record deal and by 1965 was a popular New York club act and started to garner positive media and critical attention. By 1967, she had a number-one hit song with “Respect,” a furious cover of Otis Redding’s song, and one that entirely flipped the initial version’s tone of misogyny on its head.

In the decades that followed, Franklin dabbled in acting but mainly continued to perform, produced hit album after hit album, sold about 75 million albums and gathered up 18 Grammy awards. She also remained a cultural touchstone and in 2009 performed “My Country ‘Tis of Thee” at the first inauguration of former President Obama. The performance was praised as much for the singing as for the couture. Her custom bow hat by Luke Song, a local Detroit milliner, quickly got the meme treatment and launched a wave of imitations.

But she still appreciated that hat years after its debut. In 2012, she wrote in a reminiscence for Newsweek that she not only could see it being “in a museum one day,” but that her search for the perfect inaugural chapeau reminded her of a truth she seems to have known for a while.

“I loved my hat,” Franklin said, “and the lesson I learned is that sometimes you could search for something long and hard, until you realize that what you’re looking for is right at home.”