"I want to make other people know we can be a chosen family to anyone who needs it, a hand to hold, a hug to give," said designer August Getty of his family's LGBTQ activism.

“We need to have this wave rolling behind us that stands for change and ultimately acceptance,” said Getty family matriarch Ariadne Getty on Tuesday night in Beverly Hills, accepting Variety’s Philanthropist of the Year award for her work on behalf of the LGBTQ community.

Her ever-growing activist clan, including newlyweds Nats Getty and Gigi Gorgeous, and fashion designer August Getty, gathered on the Montage rooftop to celebrate the work of the Ariadne Getty Foundation with GLAAD and the Los Angeles LGBT Center among other organizations.

“You are the ones who have defined what I do. I’m forever grateful and will continue to do my best to make the difference I can,” she told the crowd, marveling at how the July 12 Montecito, Calif., wedding of her daughter Natalia, known as Nats, and transgender YouTube star Gigi Gorgeous “brought tears to my eyes, because I think of all the people who hurt, who don’t have that support…”

With a picture-perfect pink sunset as a backdrop, one could feel the love between the children standing arm in arm while watching their mom, who is also the chief executive officer of their very different design labels, the August Getty Atelier evening collection and Nats’ Strike Oil luxe streetwear collection, which share a Culver City studio.

“She instilled in us at such a young age, if you have revolutionary potential, you have a moral imperative to make the world a better place…it’s something that came so naturally to her being raised in an Italian way focusing on family and equality and it’s carried on to me and my sister to this day,” said August. “Being a gay man, this is my family. And I want to make other people know we can be a chosen family to anyone who needs it, a hand to hold, a hug to give.” (Fun fact: Nats first met Gigi at an L.A. presentation of the August Getty label, which now shows during Paris couture.) 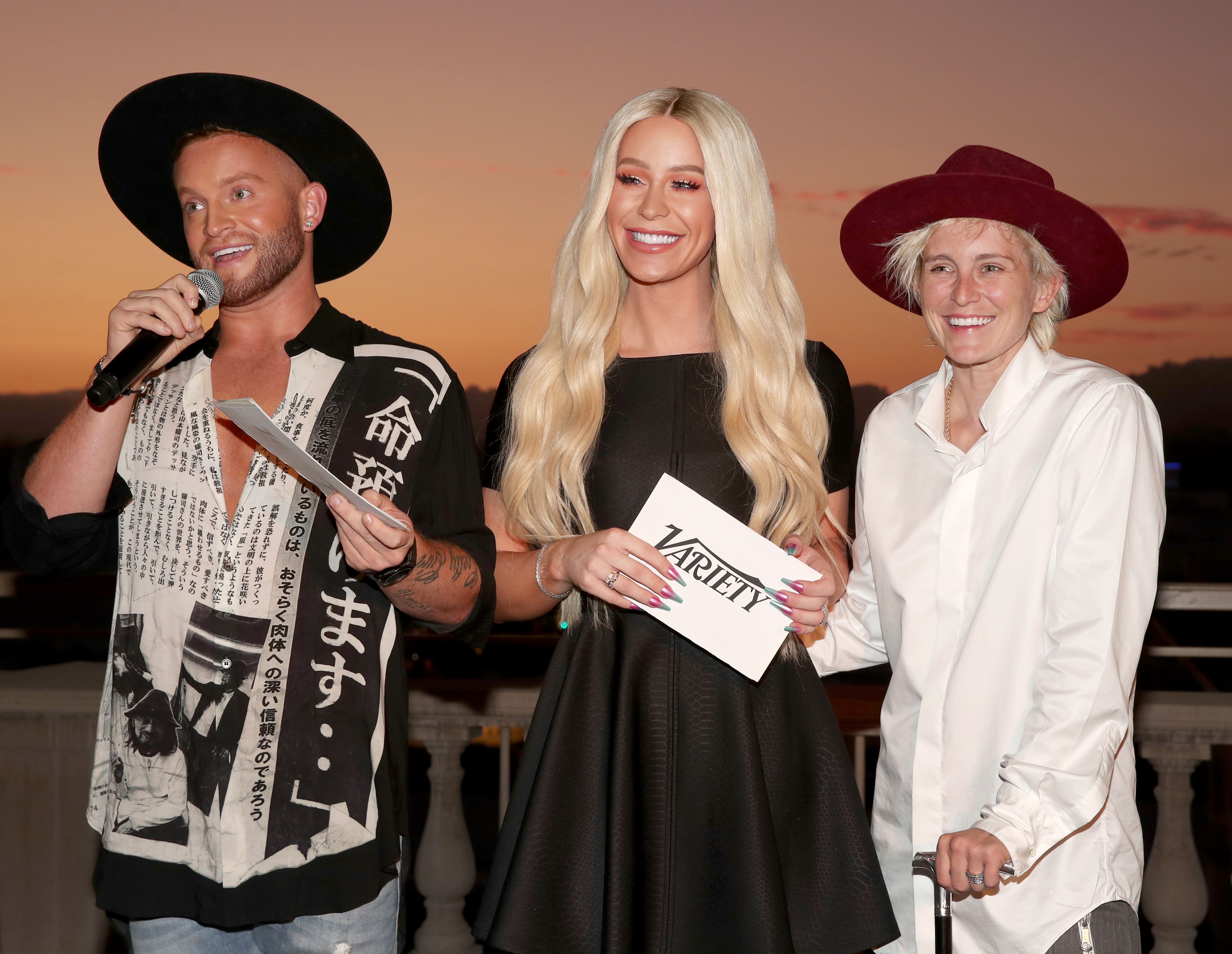 “That someone with that much power and two gay children is stepping up and putting herself on the chopping block — she doesn’t have to do that…it’s above and beyond,” said Gigi of her new mother-in-law. Like the Gettys, the transgender model is an advocate for inclusivity in the fashion and beauty world (she’s collaborated with Revlon, Too Faced, Pantene and CrushXO). And she has ambitions for her own collection. “I am really passionate about transgender swimwear. I’m not working on anything in particular yet, but I do think there is a huge market for it. It’s much needed,” said the star, wearing a Ted Baker cocktail dress.

Although the newly marrieds haven’t honeymooned yet, they are in planning mode. “After surgery on my leg, we’re going to Japan,” said Nats, wearing Reeboks she customized, and walking with a cane because of a knee injury.

Ariadne, who is the great-great granddaughter of oil tycoon J. Paul Getty, lives in Los Angeles along with her children, but her advocacy is resonating globally. In January 2018, she attended the World Economic Forum in Davos, Switzerland, where she pledged a gift of $15 million to GLAAD. Her donation is being used to fund the GLAAD Media Institute, which has trained 20,000 individuals to use media, including social media, in ways that can help combat homophobia and advocate for LGBTQ equality.

To further honor Getty’s contribution, in September, GLAAD presented its inaugural Ariadne Getty Ally Award to LGBTQ activist Alyssa Milano. Representatives of both GLAAD and L.A.’s LGBT Center were on hand Tuesday to toast her work, along with several of her children’s friends, which she calls her own.

“I came out to support Ari and the family,” said The Nice Guy restaurateur Markus Molinari, dressed in a celebratory Julia Clancey sequin caftan and turban. “She doesn’t like the adulation part of doing this, and used to do it all in private. But she started being more public about it so people are aware and hopefully start stepping up. It’s not the part she likes, but it’s so needed.” 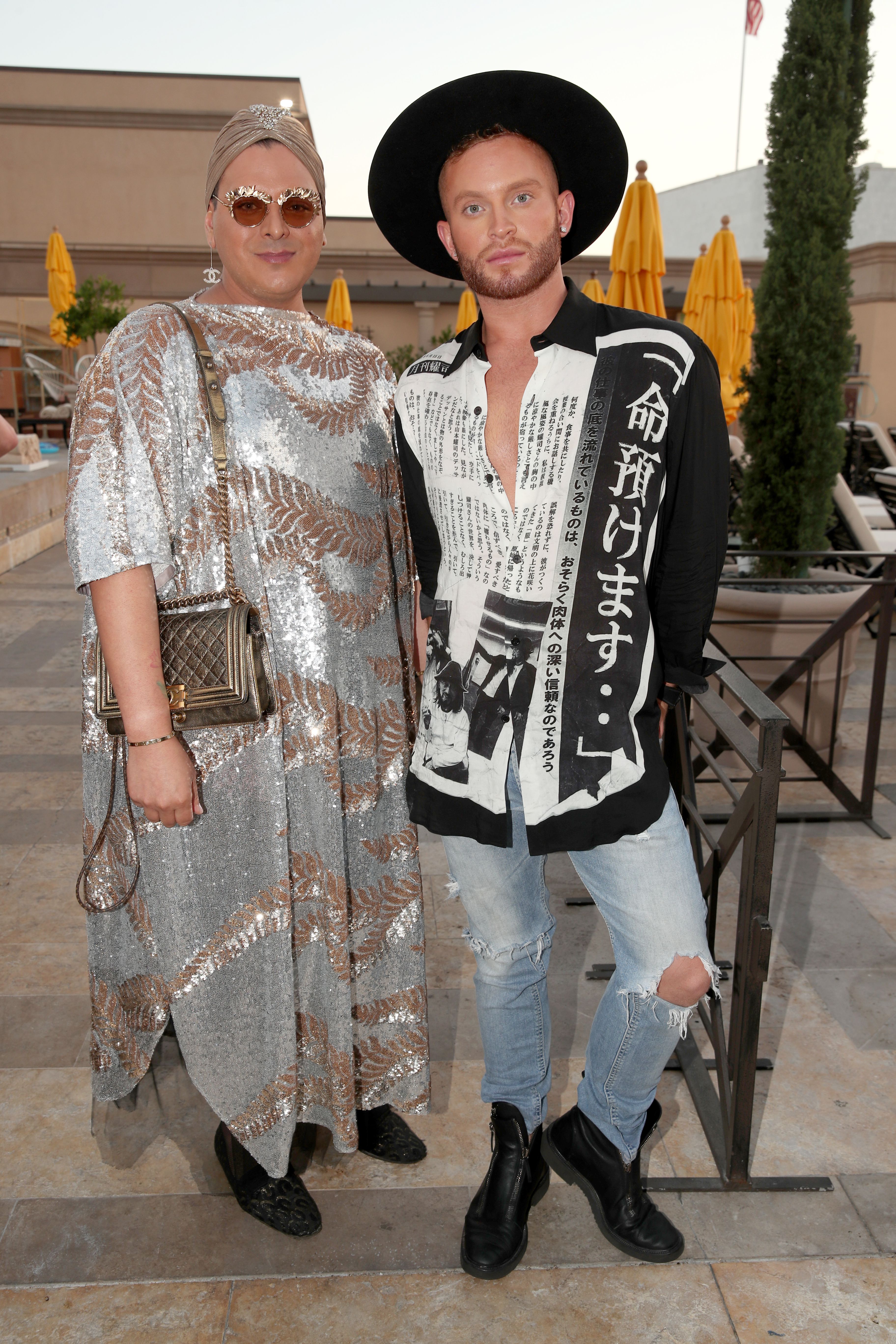