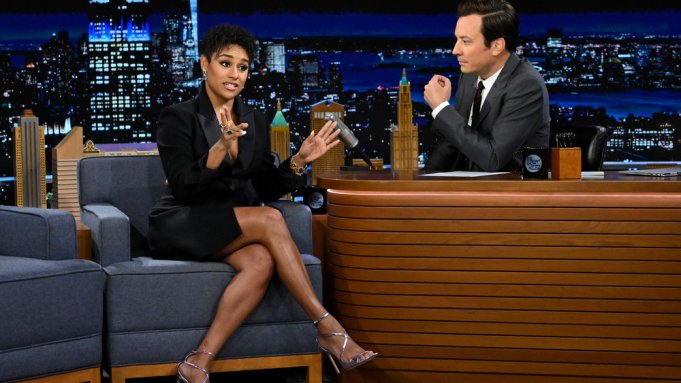 Ariana DeBose appeared on “The Tonight Show Starring Jimmy Fallon” Thursday night to promote the fourth season of HBO’s “Westworld.” But it was her remarks on the Supreme Court overturning Roe v. Wade that stood out the most to viewers.

The Oscar-winning actress took a moment during her segment on the late-night show to express her disappointment at the Supreme Court overturning the almost 50-year-old ruling, which eliminated the constitutional right to an abortion. She spoke about ways to take action against the ruling and what the ruling’s implications have on the LGBTQ community.

“We can talk a lot about how the Supreme Court has just waged war on women’s reproductive rights, but the reality is [Supreme Court Justice] Clarence Thomas was very clear on what his plan is,” she said. “He’s not just coming for women. They already came for voting rights, they’re going to continue, but they’re coming for marriage equality. And quite frankly, they’ll probably come for adoption rights by same-sex couples. So this is the time to get in the fight and it starts on a local level, so find ways to get involved.”

DeBose talked about ways she will be supporting her local community in taking action against the Supreme Court’s ruling.

The “West Side Story” actress also spoke about her recent Oscar win, reflecting on the history-making moment. Debose is the first Afro-Latina and LGBTQ actress to win an Oscar for best supporting actress.

“It was really surreal,” she sad. “I really just wanted to cry, but that’s not the moment you cry. You get up, you’ve got to walk and you’ve got to say something. And I remember thinking, ‘Oh this is the time to say what you want to say,’ and that’s what I wanted to say — that there’s a place for us. And it’s such a point of joy for me right now because we’ve got to hold on to our joy, people. I was just so grateful. I never expected to be standing in the same spot Julia Roberts stood, you know what I mean? Denzel Washington stood there. It was something that was really cool.”