Giorgio Armani’s charity project Acqua for Life, in partnership with Green Cross International, is adding Argentina for the first time to its roster of countries. 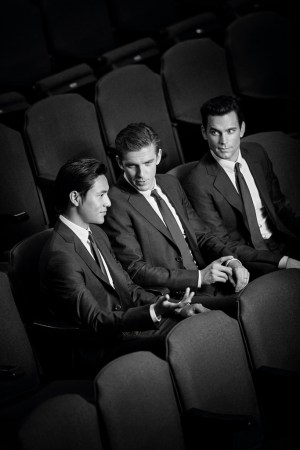 CHALLENGING CHARITY: Giorgio Armani’s charity project Acqua for Life, in partnership with Green Cross International, is adding Argentina for the first time to its roster of countries that will receive new water infrastructure projects in 2015; the other countries are Ghana, Ivory Coast, Senegal, China, Bolivia and Mexico.

In operation since 2011, the charity has been brought to countries on four continents — Africa, Asia and the Americas — providing 530 million liters, or about 140 million gallons, of safe drinking water to communities that live off of 10 liters, or about 2.6 gallons, of water a day. Highlighting the water scarcity problem in underdeveloped countries, Acqua for Life challenges media influencers and key bloggers in the developed countries to try to live with only 10 liters of water a day instead of the average 100 liters, or about 26.4 gallons, a day and share their experiences via social media channels.

Meanwhile, Armani is highlighting his Made to Measure service with a new ad campaign featuring American actor Matt Bomer, known for his role along side Channing Tatum in “Magic Mike” and soon to be released “Magic Mike XXL,” as well as Dan Stevens of “Downton Abbey” and Chinese actor Chen Kun of “Painted Skin” fame.

Photographed in New York by John Balsom in a historic theater, the black-and-white images portray the three actors, alone and together, wearing the bespoke tailored suit, while rehearsing on stage or talking together.

“Made to Measure is a unique service designed for the most demanding customers: a tailored suit that follows the customer’s own body-lines, customized to suit individual tastes,” Armani said. “I think of it as a tool for everyday use, suitable for all ages, all professions, in every part of the world. The three young actors represent so many modern men, natural and informal, with different cultures and backgrounds, with fast-paced, contemporary lifestyles that know what they want and make a smart choice in what they want to wear.”