Developed in collaboration with the Politecnico di Milano University, the showcase will include around 50 projects conceived by graduates.

Giorgio Armani with the students of Politecnico di Milano.

MILAN — Giorgio Armani is strengthening his bond with the world of architecture by hosting a new exhibition in its Silos space.

Simultaneously with “The Challenge — Tadao Ando” exhibit inaugurated in March, which was the venue’s first dedicated to architecture, Armani/Silos will showcase “About Future: Architecture, Cities, Environment. Models and Visions,” a display of projects conceived by architecture students of the Politecnico di Milano University.

Opening on May 17 and running through July 28, the showcase will include around 50 of the most significant scale models presented by students in their degree show as well as developed by young architecture graduates.

The initiative consolidates the Silos mission of encouraging young talents and inspiring new generations and adds to the workshops that have been supporting creative minds from the world of cinema and photography.

“I conceived Armani/Silos as somewhere to promote creativity and to act as a stimulus for new ideas, encouraging young people to express themselves,” said Armani, adding that the “richly meaningful exhibition [is] a spur for reflection on important issues such as sustainability and innovation.”

“I was struck by how these young people succeeded in looking to the future, while not forgetting their roots. Silos is currently hosting an exhibition of the works of a great architect, Tadao Ando. I hope that his example will inspire these young people to whom I wish a bright future.”

In particular, the students’ work focuses on the themes of the complexity of the transformation of cities, landscapes and living conditions, as well as investigating ways to achieve a new and sustainable balance between artificial and natural elements. The scale models presented include extensions of existing architectures and imagined new spaces in Milan and other cities. Flanking the scale models, drawings of houses, landscapes and public spaces are also showcased in the exhibit. 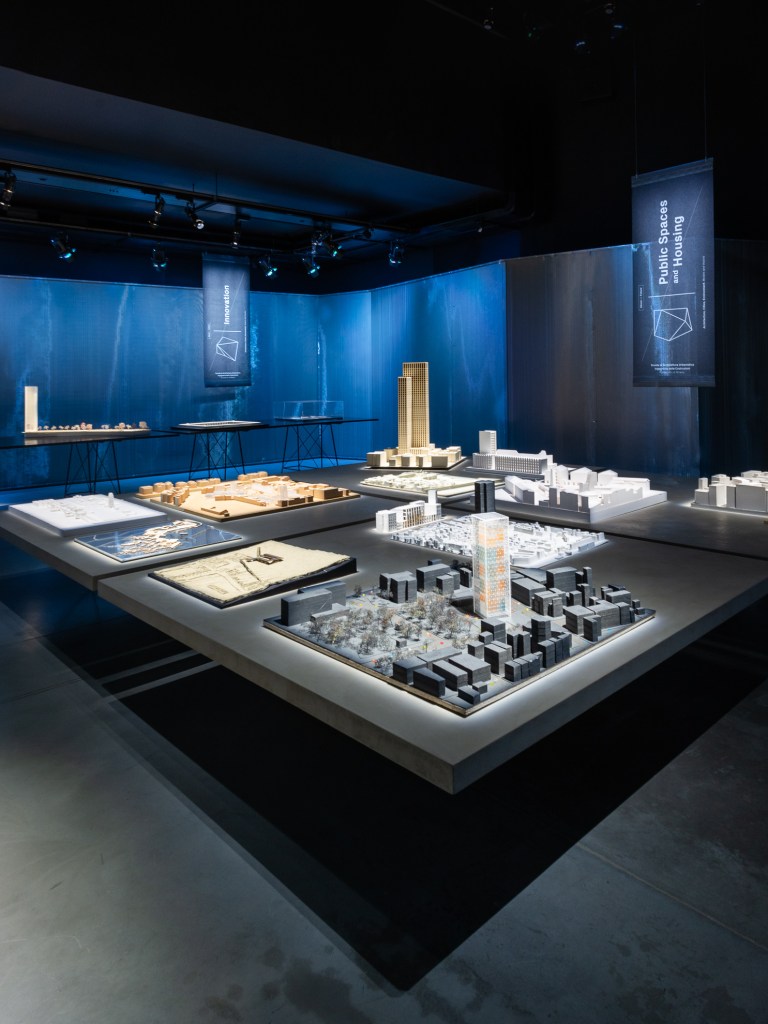 Armani’s bond with the Politecnico di Milano school dates back to 2007, when the designer received an honorary degree in industrial design.

In recent years, the Silos space, which opened in April 2015, has staged solo exhibitions of photographers Larry Fink, Sarah Moon, Charles Fréger and artist Paolo Ventura, as well as a collective display of images by the likes of Aldo Fallai, Kurt and Weston Markus, Tom Munro, David Sims and Richard Phibbs.

In February, the venue also served as special location for the Giorgio Armani coed fall 2019 fashion show. This was a first for the designer, who showed at his Teatro across the street for years.