Employees at L'Usine are to sport EA7 Emporio Armani clothing and shoes. 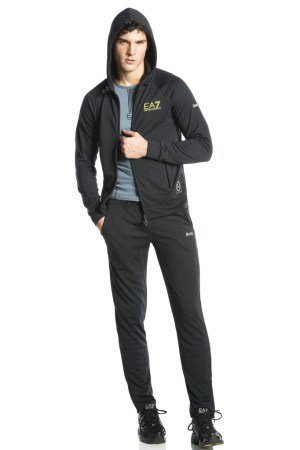 GOOD SPORT: EA7 Emporio Armani has become the official supplier for the two L’Usine gyms in Paris. After seven years of sporting Nike, the club’s employees will wear clothing and shoes by the label that dressed the Italian Olympic team last summer.

Patrick Rizzo, codirector and cofounder of L’Usine, said both EA7 and L’Usine share an exclusive positioning. He also lauded EA7 for its technical qualities and comfort. The brand is partnering with what it considers to be the most prestigious sports clubs in major European countries. Other tie-ins already include Milan’s Downtown and Skorpion, Barcelona’s Arsenal and London’s The Third Space.

During a press conference on Tuesday morning in Paris, French gymnast Hamilton Sabot, who won a bronze medal for the parallel bars during the London 2012 Olympic Games, demonstrated some impressive moves while wearing EA7.