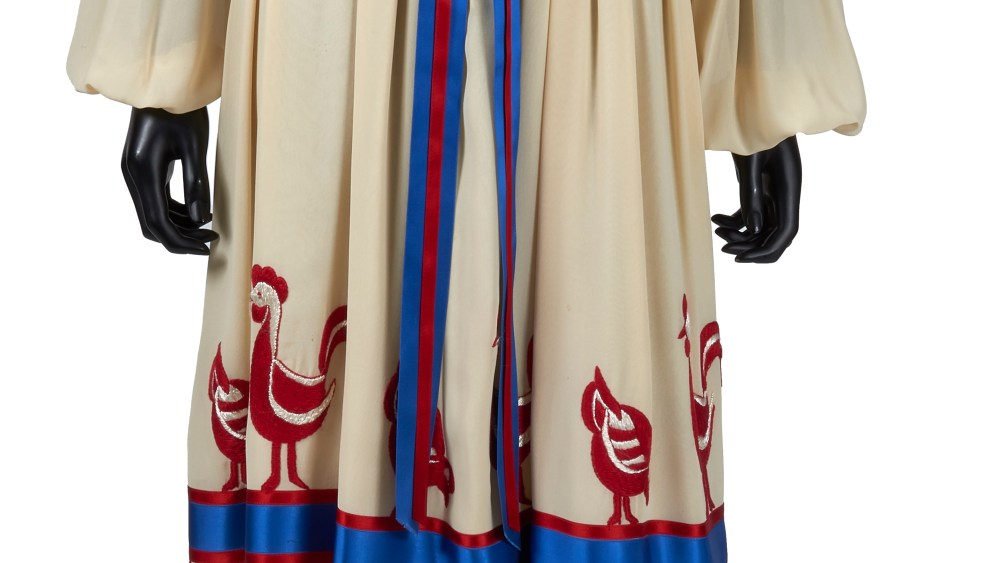 HAMMER TIME: A batch of Sixties and Seventies silhouettes designed by Per Spook for the house of Louis Féraud prior to launching his eponymous brand in 1977 will figure among an upcoming Spring Fashion Arts sale by Artcurial in Paris.

“It is always a pleasure for us to rediscover, 40 years later, the often overlooked work of a talented designer whose style remains up-to-date, even today. The sobriety of his cuts and his sense of couture detail does not deter from the discreet whimsy [that] illuminates his creations,” said Pénélope Blanckaert, director of Hermès Vintage & Fashion Arts at Artcurial.

Spook went out of business in 1989, when the firm closed its ready-to-wear line and a boutique on nearby Avenue George V. But the Norwegian-born designer’s house was resuscitated two years later by Haifinance, a Washington, D.C.-based investment firm.

Scheduled for May 4 at the Hôtel Dassault, the Artcurial sale will be split into two chapters. The first will center on 200 lots from the house’s Hermès Vintage collection, with lots including a Pippa travel desk and stool set by Rena Dumas — expected to fetch between $3,100 and $5,580.

The second section will open with a selection of collector accessories, including vintage trunks by Louis Vuitton and a Chanel Jumbo bag in purple alligator that comes with a $9,920 to $14,882 estimate. It will wrap with a range of fashions from the Thirties to today — including two screen-printed Sixties “Poster” dresses by Harry Gordon and couture pieces by Yves Saint Laurent — as well as a run of outfits from the Spook tribute.

Sets of sketches from the Thirties from Maison Callot Soeurs and Maison Schiaparelli will also go under the hammer.