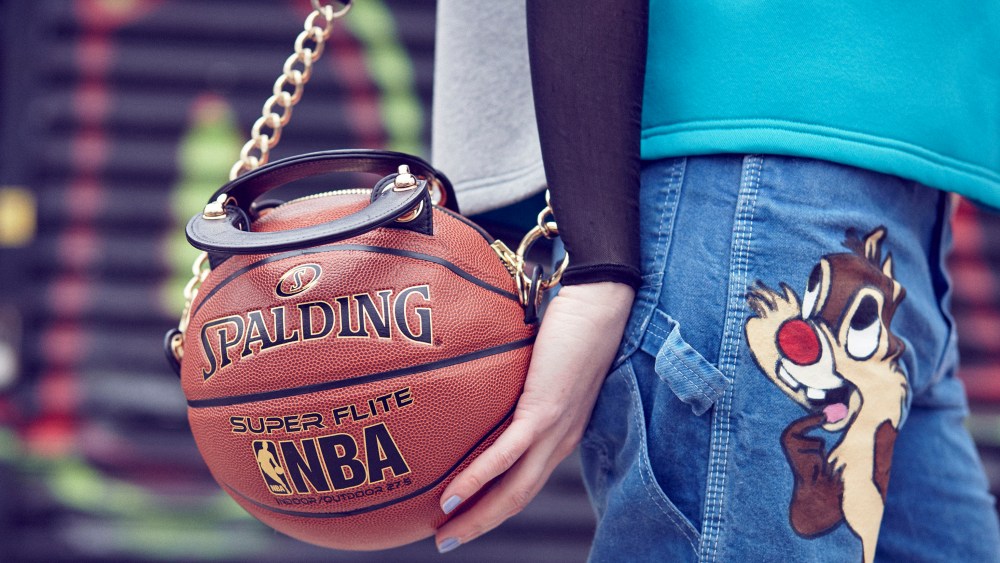 “I love that idea of straddling fashion as a designer and fine art as a painter,” said artist Andrea Bergart, who this month launches a line of basketball handbags.

Bergart’s work “draws a lot of inspiration from streetwear and sports. I make art based on a lot of fashion street patterns and my experience playing sports growing up being an athlete.” She sees the new accessories venture as “an extension of my studio practice. I don’t think of it as my fine art. It’s a way to energize my studio and all fuel my other work, too.”

The artist’s introduction to handbag design came through her experience assisting painter Chris Martin, who in November collaborated with Christian Dior on a limited-edition range of Lady Dior bags. “I worked on that bag with him for Dior that got me excited about the potential of making a handbag. Otherwise, I would have never entered that world.”

Each bag is made in New York City, of youth-sized basketballs. “It’s a little smaller more comfortable on the hip,” she said. Her line also includes a limited run of soccer ball, volleyball and football designs. They come fully lined and fitted with custom leather hardware. Each bag will be sold directly out of Bergart’s studio for $960. She will take appointments through her web site.

Bergart is a member of the artist, all-female Downtown Girls Basketball team, based in Chinatown, Manhattan. It was through this team that Bergart was linked with the factory to produce her bags — a fellow player is the lead accessories designer for Rachel Comey and made the introduction.

Her initial samples have received unprecedented response. “It’s really crazy, everywhere I wear my sample I have so many people coming up to me — mostly men. Riding between Ridgewood and Union Square, I get at least 10 people, it’s insane,” Bergart said.

An avid basketball player in her free time, Bergart hosts the YouTube channel “Call Your Ball Friends,” with fellow artist and Downtown Girls Basketball player Cecilia Salama. The series — sponsored by Adidas — sees the duo interviewing other female artists, who display their works on the court and discuss their practice. Bergart said of its premise: “It’s about bringing work to court, claiming the court as women and showing our work in a more public space that is typically male-dominated.”