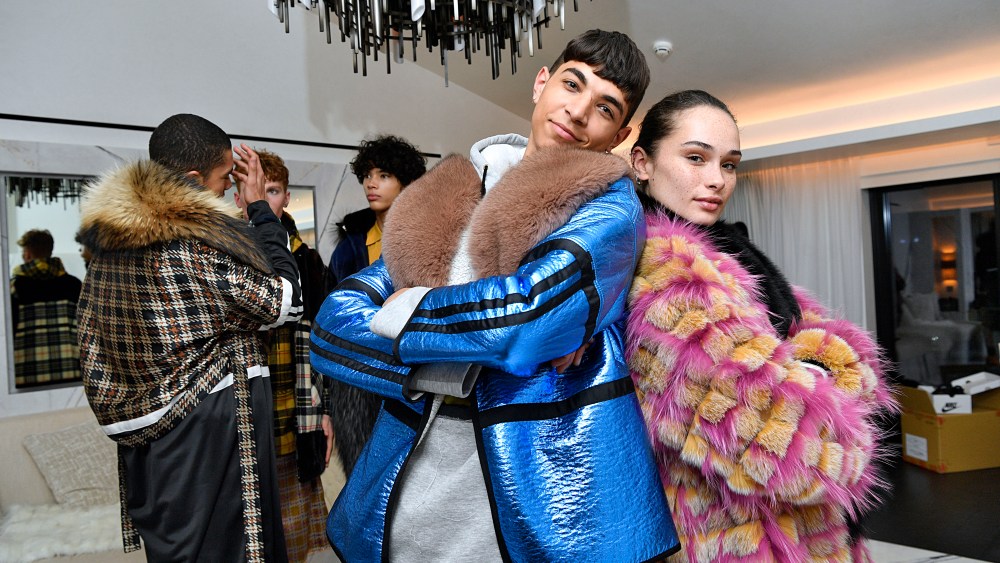 FUR ZONE: Fur may be falling out of fashion, with brands including Gucci and Michael Kors promising to eschew it in favor of the faux stuff, but not everyone is giving it up.

Following her men’s wear show in London, the Danish designer Astrid Andersen hosted a Champagne reception at the Mandrake Hotel to showcase a collaboration with the Finnish company Saga Furs.

The standout piece from the collection was a checked coat in mustard gold, pink and palomino, with a black fur collar. Other pieces included a checked jacket with a fur lapel, and a gold and pink fur scarf. The furs used were a mix of raccoon, mink and fox.

Andersen said she worked with Saga because they are one of the only auction houses that give their furs a bar code. Customers on the shop floor can scan the tag and trace the origins of the fur. “When you buy a fur coat you need some kind of guarantee,” said the designer, adding that she believes the future is bright for fur.

“I think fur is actually going to become more relevant because it is one of the things that is actually so sustainable. When you really look into the process of the fur, there is zero waste.” Real fur is also biodegradable, unlike fake fur, which is often petroleum-based.

Andersen, who showed her first collection of bespoke fur at New York Fashion Week in 2015 in partnership with Kopenhagen Fur, said she sees pelts as a power dressing tool. “Maybe you don’t have to wear a suit, maybe you can wear a tracksuit — and a fur on top of it — and then can go to a basketball game like this,” Andersen said.

Rapace said she wanted to be the face of the brand because, “I believe in the female power.” She also said she believes there is room for fur in fashion, “as long as you are aware of the whole chain, and you know where it comes from and you know how everything happens, and there are no gray zones.”

Andersen plans to take her bespoke collection to men’s fashion week in Paris before heading to Copenhagen for the women’s wear collections in February.