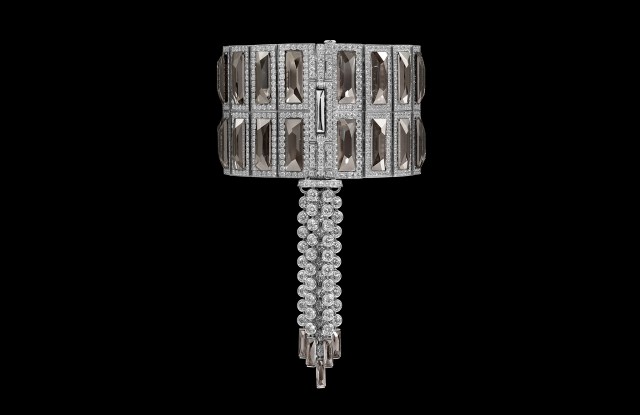 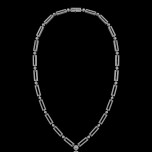 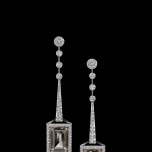 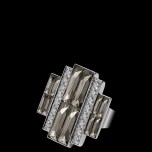 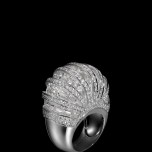 Swarovski, which for the last decade has created the sparkling chandelier that hangs above the Oscars stage, will celebrate its 10th year adding bling to the Academy Awards with the launch of a fine jewelry collection by Atelier Swarovski, premiering on the Oscars 2017 red carpet on Sunday.

“The collection, which has been handcrafted in Paris with Swarovski Created Diamonds and crystals, is a reflection of our 120-year heritage, and the innovation, craftsmanship and sustainability embedded in our company’s DNA,” said Nadja Swarovski.

The brand unveiled its first lab-created diamonds, in a new line called Diama, at last year’s The Couture Show for jewelry in Las Vegas. Several companies have begun using man-made diamonds as a socially conscious alternative to naturally occurring diamonds that must be mined from the earth, depleting natural resources and are found in many areas of the world suffering from political unrest, hence the term “conflict diamonds.”

Over one million Swarovski crystals have illuminated the set design of the Oscars ceremony. Swarovski crystals have played a supporting role in some of cinema’s most memorable moments and have adorned the silver screen’s most iconic stars, from Judy Garland in “The Wizard of Oz,” Marilyn Monroe in “Gentlemen Prefer Blondes” and Audrey Hepburn in “Breakfast at Tiffany’s,” to Jennifer Hudson in “Dreamgirls,” Nicole Kidman in “Moulin Rouge!” and Lily James in “Cinderella.”

Following the 89th Academy Awards, Atelier Swarovski Fine Jewelry will make its way to red carpet events around the world. Retail iterations of the jewelry will be available in 2018.

More on Oscar Style from WWD:

A History of Child Stars at the Oscars