The "Amélie" actress set off a stampede of photographers as she toured the store, taking in a concert and a photo exhibit. 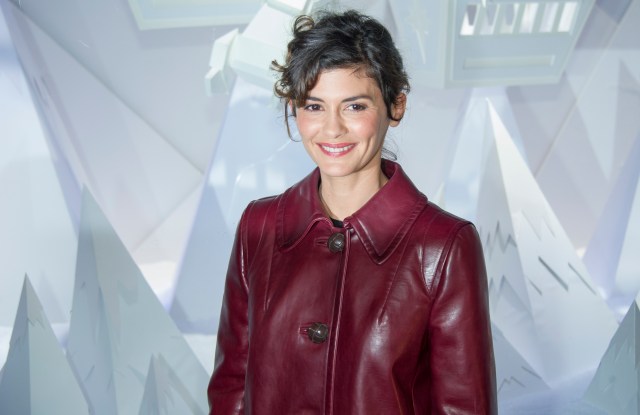 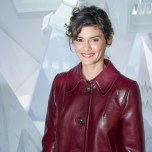 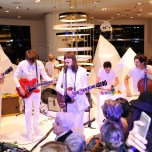 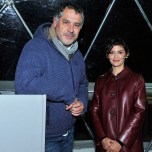 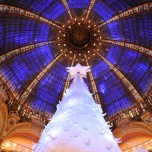 A TOUCH OF FROST: Galeries Lafayette celebrated the launch of its polar-themed holiday campaign on Tuesday with a celebrity guest, a rock band and an exhibition of wildlife photos taken in the Antarctic.

Dozens of photographers and cameramen chased the “Amélie” actress down escalators and onto the street, where she stopped to admire the all-white window displays designed by Lorenzo Papace. Then it was back inside, where French band The Shoes joined forces with singer Clara Luciano for a guitar-driven rendition of “Silent Night.”

Tautou set off another stampede, this time across the cosmetics floor, as she headed to the roof terrace of the store, where stunning images of director Luc Jacquet’s expedition to the Antarctic last year were displayed against the glittering city skyline.

“The contrast is incredible, because we had to go to the ends of the Earth to capture these images in very harsh conditions, and to see them set off against the most beautiful buildings in Paris and the Eiffel Tower — not to mention outdoors with the cold weather today — is really very beautiful,” said the director.

While Tautou was frosty with reporters who tried to approach her in the igloo-shaped plastic tent where waiters offered Champagne, Nicolas Houzé rejoiced at the cold weather that has descended on the French capital this week, bringing bursts of snow and hail.

“It’s welcome because in order to sell winter collections, namely big-ticket items, it was time,” he said, referring to the unusually mild weather that has stymied sales of winter clothing so far this season.

Like other French retailers, Galeries Lafayette has also struggled with a sharp drop in international visitors this year following a series of terrorist attacks. Its Christmas campaign kickoff this year was noticeably more low-key than in 2015, when it closed off a nearby street for a “Star Wars”-themed performance.

As part of its holiday campaign, the retailer has asked some 60 brands to contribute exclusive handbag designs in white or pastel tones, with prices going up to 31,000 euros, or $33,920 at current exchange, for a Moynat crocodile leather Gabrielle bag.

On the opposite end of the spectrum, Christine Phung has designed an exclusive four-piece range for the Galeries Lafayette private label, with prices starting at 49.99 euros, or $54.70, for a cardholder and rising to 119.99 euros, or $131.30, for a handbag.