Each winner will receive a financial grant of $15,324 and assistance securing an internship placement with an international fashion company. 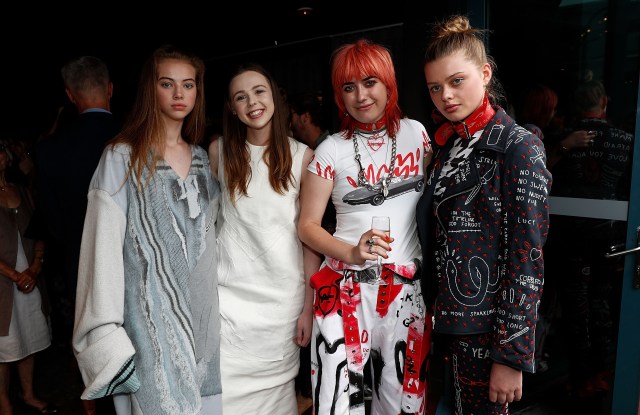 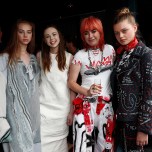 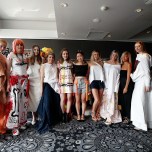 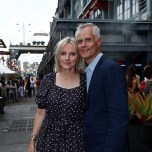 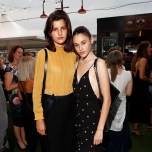 SYDNEY — Lucy Dickinson and Mikala Tavener Hanks have been named as the winners of the Australian Fashion Foundation scholarships for 2017/2018.

Announced at a function at Sydney’s Pier One hotel on Tuesday evening, the graduates of Melbourne’s RMIT and the University of Technology Sydney, respectively, will each receive a financial grant of 20,000 Australian dollars or $15,324 at current exchange and a six month internship with an international fashion house.

Zimmermann said she had been impressed by the maturity of Tavener Hanks’s collection and Dickinson’s bold point of view.

“I felt that it was very, very creative, very strong, very powerful” she added, of Dickinson. “I could see where it would sell and who would wear it and I think that that’s an amazing combination”.

In the nine year interim the not-for-profit has helped placed over a dozen young Australian creatives in internships with companies such as Calvin Klein, Narciso Rodrigeuz, Proenza Schouler, Alexander McQueen, Thom Browne, Giles, LVMH and Diane von Furstenberg. A number of the winners have gone on to full-time design positions in New York, London and Paris.

To celebrate the foundation’s 10 year anniversary in 2018, Carfrae is currently planning larger-than-usual festivities for the foundation’s annual summer party in New York mid year and next year’s judging event in Sydney.

With the assistance of new foundation allies such as the 69 year-old American Australian Association, Carfrae also hopes to eventually expand the foundation’s remit beyond two scholarships.

“We normally have about 150 applicants, which is a lot for Australia” said Carfrae. “I think the 10 that we choose are unbelievably talented and world class. I would love to be able to bring 10 [to international internship placements] one day. The 10 that we have as finalists all deserve to have this kind of opportunity”.