Deanna Fanning and Hannah Tan each have been awarded a financial grant and a six-month internship at a fashion company in the U.S. or Europe.

By Patty Huntington
with contributions from Lisa Lockwood
on December 19, 2016
View Slideshow 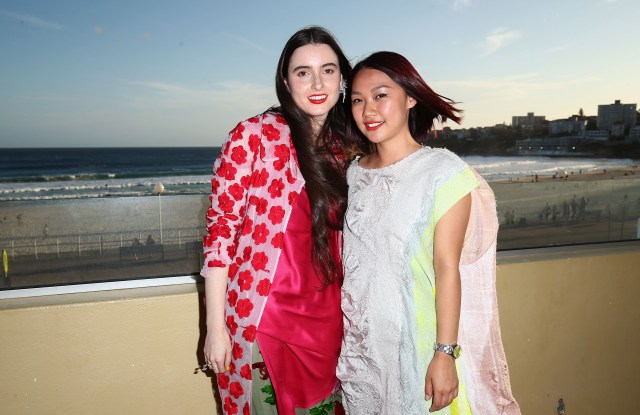 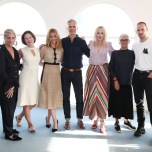 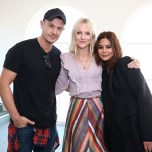 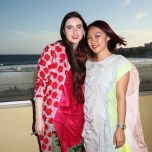 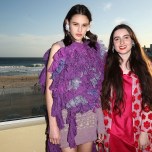 SYDNEY — “It feels like a temporary respite from the absolute chaos that is American politics right now,” said New York fashion consultant and Australian Fashion Foundation cofounder Malcolm Carfrae at the not-for-profit’s eighth annual Christmas get-together here Monday evening — an event attended by a number of New York-based Australian expatriates and during which politics was never far from the cocktail chatter.

Each has been awarded a financial grant of more than 20,000 Australian dollars, or $14,599 at current exchange, and assistance with securing a six-month internship at a fashion company in the U.S. or Europe.

At the event it was disclosed that there would be two new educational grants added to the 2017 AUSFF internship prizes. The two winners will have the opportunity to stop in Hong Kong on the way to their internship in Europe or the U.S. and meet with industry experts at The Woolmark Co.’s new Hong Kong Wool Resource Centre. The prize will allow the two designers the opportunity to discover the latest innovations in wool, followed by a guided tour of China’s key manufacturers, spinners and weavers.

Stuart McCullough, managing director of The Woolmark Co., said he was pleased to support emerging Australian design talent. “The inclusion of a unique educational experience to meet with industry experts is a welcome addition to the prize and allows the two winners to further develop an understanding of the wool supply chain and its importance to the global fashion industry,” he said.

“There’s not enough support like this,” said Saunders, in town for Christmas with his Australian partner and in fact in Bondi for the second time in as many months after attending a private memorial service at the adjacent North Bondi Surf Life Saving Club in early November for the late Richard Nicoll, a former close friend and fellow Central Saint Martins graduate.

“One of the most valuable parts of my education was the experience of working at a fashion brand [Alexander McQueen] my first internship,” added Saunders.

Brown, an Australian Fashion Foundation founding board member, said she believes the internship program has made a “really exceptional” contribution to Australia’s emerging designer landscape.

“It’s not, ‘Please world, validate me’,” she noted, of the additional opportunities now afforded some graduates. “’It’s like, ‘Let me learn something from you and bring it back and create it for my brand in Australia.”’

“I’ve never marched for anything before,” she said, reiterating her earlier public comments that she has no plans to work with incoming First Lady Melania Trump.

“I want to work with people that interest me and if I’m not interested by the person, then I won’t, that’s it,” said Brown. “I mean that, whether that’s the First Lady or the cleaning lady.”

The latter include Georgia Lazzaro (2009), today design director at Protagonist; Laura Wade (2010), material designer at Nike; Tim Watson (2012), associate designer at Thom Browne; Talisa Trantino (2013), now based in Paris as a designer with Ellery, and Grace Butterworth and Alexander Oscar Kelvy (2014), respectively, a former design assistant at Giles Deacon and men’s leather goods and accessories design intern at Louis Vuitton for the past 16 months.