The Australians in New York Fashion Foundation gathered at Dinosaur Designs' Sydney headquarters overnight to reveal the winner of its 2012 burse. 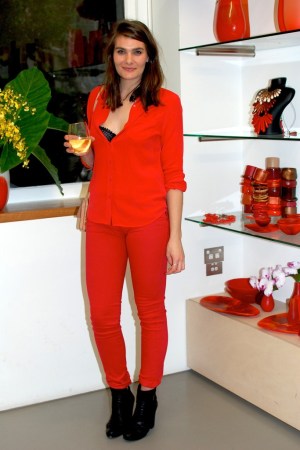 AUSTRALIANS IN NEW YORK: The Australians in New York Fashion Foundation gathered at Dinosaur Designs’ Sydney headquarters overnight to reveal the winner of its 2012 burse. University of Technology of Sydney fashion design graduate Natalia Grzybowski scored 25,000 Australian dollars, or $24,863 at current exchange, a return trip to New York City and the promise of some invaluable industry introductions in the New Year.

This story first appeared in the December 20, 2011 issue of WWD. Subscribe Today.

On Jan. 25, in collaboration with Woolmark and the Australian government’s G’Day USA program, AINYFF will also co-present “The Australian Five” at New York’s Crosby Street Hotel — a presentation of the collections of Lo Sordo, Esber, Frisoni, Magdalena Velevska and Kym Ellery. Although happy to support emerging local talent get some international industry cut-through, one Australian who would rather stay put in Sydney is Centenera — who freelance consults to, among others, Kanye West and is currently working on his fall-winter Paris show, which is slated for March 3. “I like the lifestyle here” she said. “New York is a hub and it’s amazing and it’s inspiring, but I think if you can hop in and out of that. For me that’s my thing.”