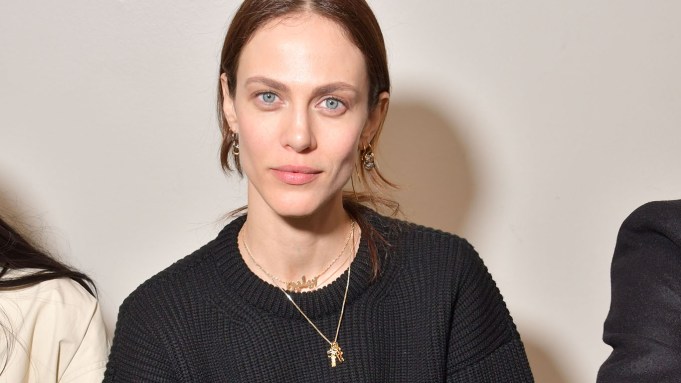 Instead, the model and actress — who is also a classically trained dancer — is focusing on her performance work.

“I’m creating two performances, one hopefully for the end of this year and the other for next year. One is based on body language and expression, and the other on movement.”

Further down the front row, Nicolas Ghesquière was chatting away to retired Japanese soccer star Hidetoshi Nakata, whose current projects include his own sake brand and his designs of glasses for drinking the traditional liquor.

“There are so many Japanese restaurants all over the world, and the sake industry is becoming bigger and bigger, but no one knows about it, I help with the branding and the marketing,” he said. “It’s about culture.”

His favorite tipple? “Forty-generation sake,” he said. “It’s more than 400 years of history.”