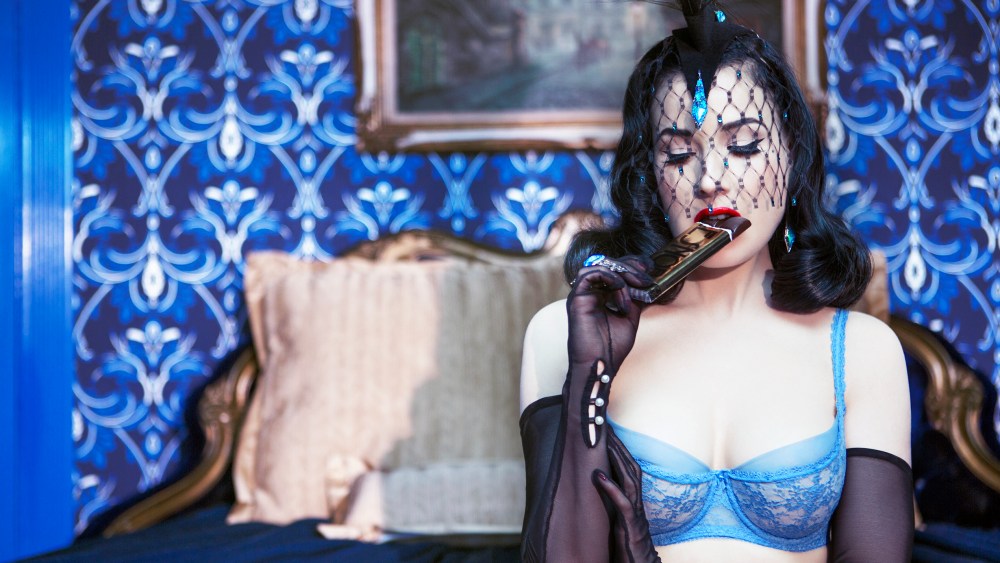 HATS OFF: Stylist B. Akerlund’s, founder of the online fashion network and app WhoYouAre, has linked with Dita Von Teese for a limited-edition collection of couture hats and hat pins by Victoria Grant and Stephen Webster. Retail prices range from $950 for a Swarovski crystal-covered headband to $52,275 for a top hat adorned with Webster’s Fly by Night diamond brooch. Accompanying the launch is a photo series featuring Von Teese at the Madonna Inn, the kitschy, fairytale-cottage-style resort on California’s central coast. The photo series marks the fifth of an ongoing series of artist collaborations for WhoYouAre, and will be unveiled along with the full collection during a dinner party at Webster’s Rodeo Drive boutique tonight. Said Akerlund, “I had a very early vision of Dita Von Teese in her lingerie wearing the Titfa-Tat hat collection at the Madonna Inn, and this dream came alive using Dita’s burlesque style and independent spirit, which made for a very unique series of portraits.”