The men’s wear line, which was founded by Werner Baldessarini, is launching in the U.S. market for spring 2017. 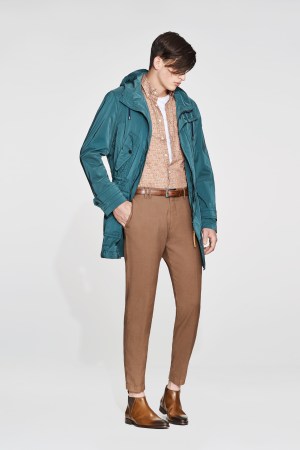 NEW ENTRANT: Baldessarini is making its way into the U.S. market.

The men’s wear line, which was founded in 1993 by Werner Baldessarini, the former chairman at Hugo Boss, is launching its collection in the U.S. for spring 2017.

The line, which was re-branded in 2005, previewed at MRket this week. According to John McCoy, who is handling the brand’s sales in the U.S., the collection can be best compared to Suitsupply and is targeting a younger customer within the department store realm. “Department stores need newness,” McCoy said.