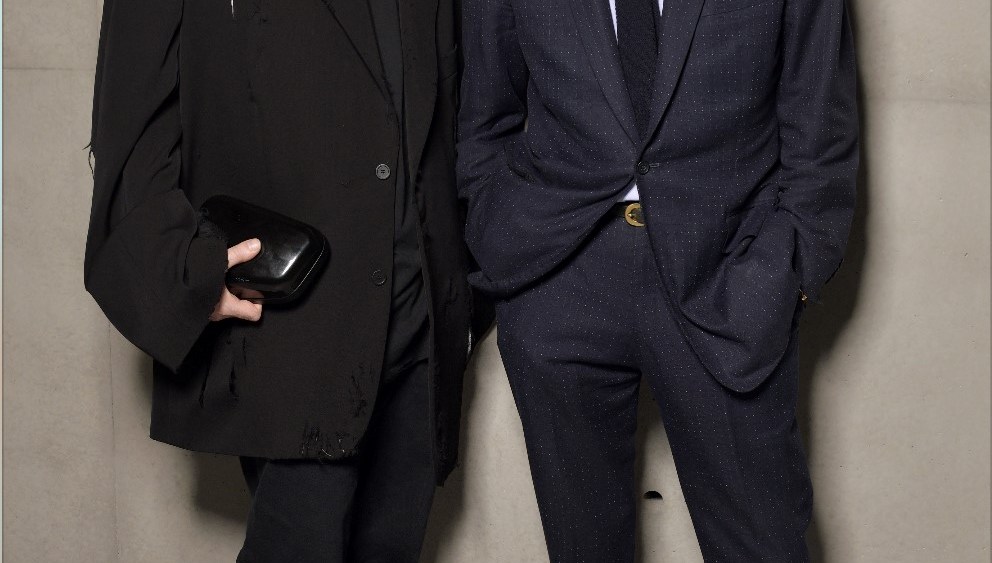 MORE THAN THIS: Roughly eight hours after showing his first couture collection for Balenciaga — hailed for its exacting silhouettes and sumptuous craftsmanship — Demna Gvasalia seemed to have had enough with polished chic.

And so he turned up at the Balenciaga black-tie dinner at the Bourse de Commerce in a beaten-up baseball cap and a ginormous black jacket that looked as if it had been run over by a lawnmower — slashed open in several places and pockmarked around the lapels.

“I felt like something different,” he shrugged, clutching a flute of Champagne and greeting guests at the stunning venue, now the permanent home in Paris of François Pinault’s vast contemporary art collection.

He did wear the high-heeled boots from the show and was having difficulty acclimating. Harper’s Bazaar editor in chief Samira Nasr suggested that tightening his stomach would help him sail through the evening.

Attended by the likes of Fanny Ardant, Salma Hayek, Renata Litvinova, Lewis Hamilton, James Harden and Anne Imhof, the 9 p.m. dinner was to be followed by a musical performance, and several guests quizzed Gvasalia if it might be Kanye West, who had turned up at the couture show with a cloth sack over his head. “Not for couture,” the designer said, who opted for the smoothest, swankiest crooner of all: Bryan Ferry.

After a four-course vegan dinner that featured a roasted onion and a meringue dessert made of chickpeas and sprinkled with black pepper, guests repaired to the auditorium to hear such classics as “Slave to Love,” “Avalon” and “Do the Strand.”