The Swiss company hosted a cocktail during the fashion week to fete its new retail concept.

The installation conceived by set designer Stefan Beckman for the Bally Haus event.

FULL HAUS: One of the perks of an extended Milan Men’s Fashion Week season, which this time exceptionally ended on Tuesday instead of Monday, was a more diluted schedule of shows that put the fashion crowd in a relaxed mood.

Bally seized the favorable moment to host a cocktail on Monday to officially introduce its new Bally Haus retail concept to international guests and press, which flocked to the brand’s flagship located on the corner between Via Montenapoleone and Via Manzoni. Italian model Elisa Sednaoui and influencers Linda Tol, Erika Boldrin and Matthew Zorpas were among the personalities attending the celebrations at the store, which first opened to public last fall. 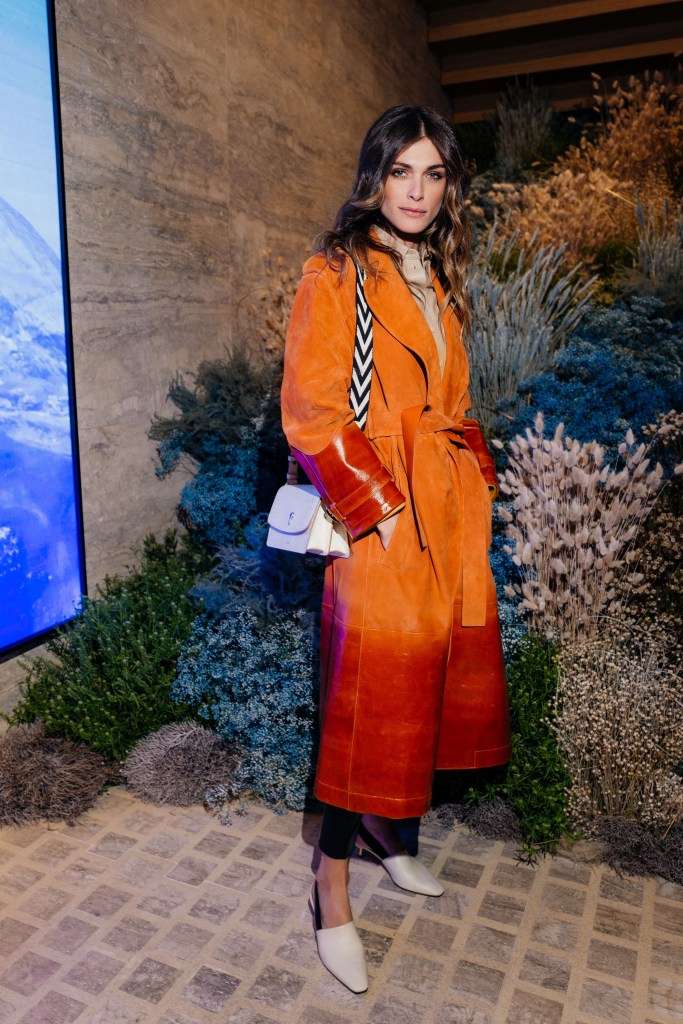 “It was important for us to wait and celebrate the opening this week because we have all the fashion industry in town,” said Bally’s chief executive officer Nicolas Girotto. “And we specifically decided to do it during men’s shows because men’s wear is a key part of our business, so it felt like a natural choice,” he noted, adding that the timing was also part of a strategy aimed at balancing the brand’s presence during this fashion season and during women’s shows next month, when Bally will present its new collections.

For this occasion, the Bally Haus building and interiors were bedecked with an installation conceived by set designer Stefan Beckman to match the label’s spring 2020 lineup, which was dubbed “Graphic by Nature” and was showcased at the store.

In particular, a conceptual forest-like graphic was projected on the exterior facade of the store, while inside native Alpine flora was lined along the main staircase and in some corners. Wood sapling shapes decorating the store windows and a soundtrack combining beats and birdsong completed the multisensorial experience. 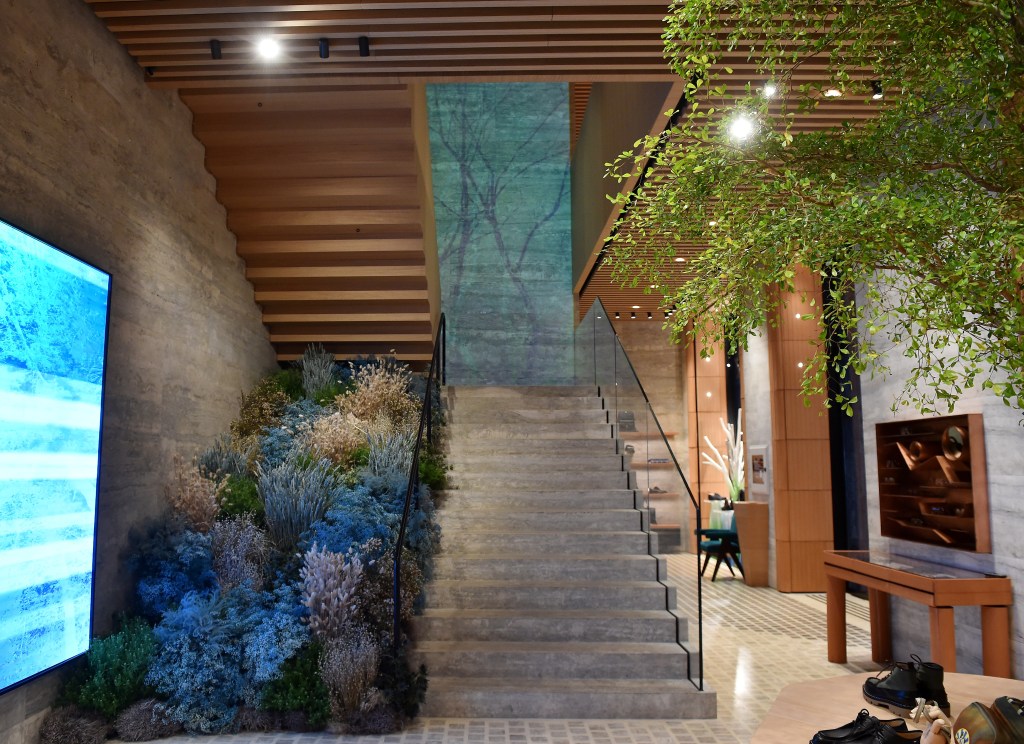 “This installation recalls elements close to the brand. We are Swiss and nature is an important part of our DNA,” said Girotto, also pointing to the company’s commitment to sustainability. To wit, Bally launched the Peak Outlook initiative last year to preserve mountain environments and their communities, as part of a comprehensive sustainability and social responsibility strategy. The first clean-up expedition targeted Mount Everest.

Designed by Casper Mueller Kneer Architects, the three-storied, 6,048-square-foot flagship is dominated by travertine and clay. Men’s and women’s accessories are available on the ground floor, where a large beechwood table display in the center of the space stands out, also due to the additional presence of a black olive tree.

Moving onto the first level through the travertine staircase, customers can reach the men’s floor, which has a warmer and more private concept with its lower ceilings and handwoven carpets inspired to an archival shoe design, while the second floor, dedicated to the women’s category, is modeled after a Milanese residential apartment with herringbone parquet flooring.

“This is a store concept we would like to export around the world, starting from our domestic market, so Switzerland and then Germany, but we are also about to open a flagship with this new concept in China,” Girotto concluded.