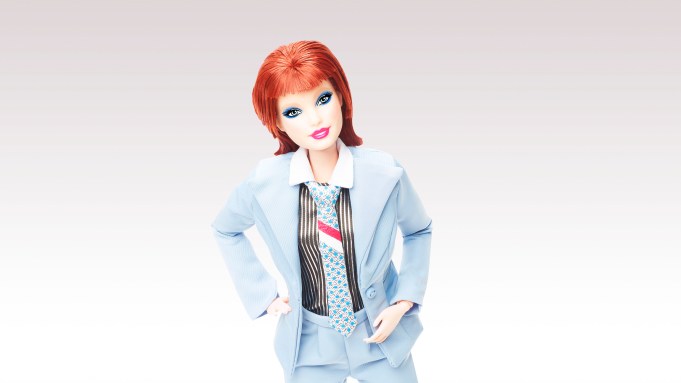 On Wednesday, Mattel dropped another Barbie doll for the legendary singer in honor of the 50th anniversary of “Hunky Dory,” Bowie’s fourth studio album.

The doll is suited up in a powder-blue suit, red hair styled in a mullet, blushed cheeks, chunky brown platforms and dramatic blue eye makeup. The look is modeled after Bowie’s outfit in the “Life on Mars?” music video, which was released in 1971.

The latest David Bowie doll will join the Barbie Signature Collection. It’s available for purchase for $50 at Amazon, Walmart and Target, though it has apparently already sold out at some retailers.

Though “Hunky Dory” is now considered a masterpiece, known as one of Bowie’s best works, the album initially did poorly in sales and failed to chart when it was released. However, it was met with critical acclaim by both the U.S. and U.K. press. The album features hit songs such as “Changes,” “Queen B-tch” and “Life on Mars?”

This marks the second Bowie-inspired doll Mattel has released. The first one dropped in July 2019, celebrating the rockstar’s Ziggy Stardust era and the 50th anniversary of his hit single, “Space Oddity.”