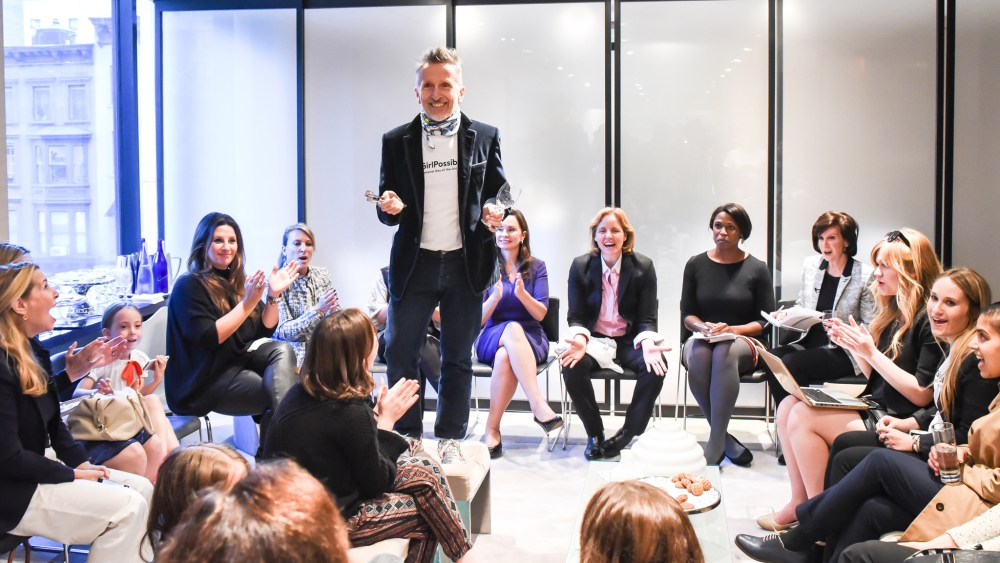 POWER ON: Barneys New York welcomed three government officials at its Madison Avenue flagship Monday, who participated in a panel discussion in celebration of the International Day of the Girl. The retailer, in collaboration with women’s empowerment council Girls’ Lounge, has rolled out a national campaign called #GirlPossible in support of the honorary holiday — forging a social media campaign, window displays at 15 stores and specially-created online content.

At Monday’s discussion Rosa “Rosie” Rios, the U.S. Treasurer; Megan Smith, the U.S. Chief Technology Officer, and Payton Iheme, a senior White House policy adviser for the Office of Science and Technology, were joined by Girls’ Lounge founder Shelley Zalis and filmmaker Dyllan McGee to discuss how women often lose their place in history storytelling, and what can be done to reverse such oversights.

Rios, who has spearheaded the government’s current crowdsourcing campaign to find a woman to front the new $10 note, said the only women to be previously featured in U.S. currency notes were Pocahontas and Martha Washington, who were both depicted in group imagery alongside men. Rios, as a result, has repeatedly lobbied for the figures featured on U.S. currency to be more reflective of the country’s overall population. “It’s not a deliberate omission, it’s a lack of awareness,” Rios said of women’s lost place in American history. Of the approaching 100th anniversary of universal suffrage — forthcoming in 2020 — Rios said, “It’s not the end, it’s a beginning. We value what we see every day.”

Smith said while women once occupied 40 percent of computer science industry jobs, they now only represent 15 percent of the tech engineering population. “We are trying to figure out what happened and how to get it back there,” she said of her current efforts. “This 21st century is about unlocking talent and having women and men work together in equal capacity.”