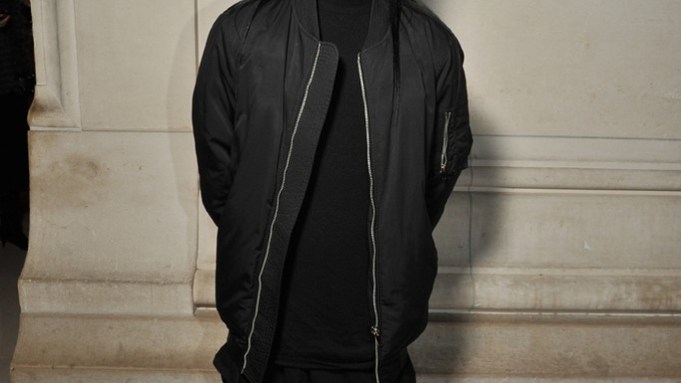 GREEN THUMBS: Claude Montana, Erdem Moralioglu and Kris Van Assche were among the designers who attended the preview of the exhibition “Dries Van Noten Inspirations” at Les Arts Décoratifs in Paris on Thursday.

“I don’t know him; I came to see the exhibit out of curiosity,” said the notoriously reclusive Montana, who had been part of an exhibit at the museum in 2010 which regrouped designers from the Seventies and Eighties.

The event was hosted by Barneys New York, which will dedicate its windows to the Belgian designer. “It will be all Dries very soon,” said Dennis Freedman, the store’s creative director, who added he was lucky enough to visit Van Noten’s garden in Antwerp. “It is one of the most exquisite landscapes you’ll ever see.”

Moralioglu, a self-proclaimed fan of the designer with plenty of his pieces, said Van Noten inspires him: “He is very independent — literally and figuratively.”

Moralioglu doesn’t have a green thumb himself. “I have more of a red one, actually,” he said, laughing: “I guess from sewing, you know the needles.”

Frédéric Malle, who created a fragrance with Van Noten, said he felt “reassured” after seeing the exhibit that the scent featuring notes of sandalwood was “accurate” in re-creating the designer’s universe olfactively.

“I love plants, but since I travel so much I cannot water them,” deplored Anja Rubik, dressed in Balmain. “Now I [have] bamboo — for good luck — and it doesn’t need so much taking care of. I am sure Dries gets a lot of inspiration from gardening; it is like meditation.”

After fashion week, Rubik will return home to New York and start working on the new issue of her magazine 25, which is slated for September.

Pierre Hardy, who moved his showrooms to Paris’ Left Bank earlier this month, said he is preparing a retrospective exhibit at the Shinsegae department store in Seoul, to coincide with the opening of his first store in South Korea.

Meanwhile, model Hanne Gaby Odiele, accompanied by Raquel Zimmermann, said she will become a gardener soon. She beamed: “I just bought an apartment in New York, and I’ll have a rooftop.”