Yousefzada’s Deco Jewelry… Donatella and The Young Ones…

Designer Osman Yousefzada had some precious surprises up his sleeve at a mini retrospective of his frocks at Didier Ludot’s Palais Royal store. 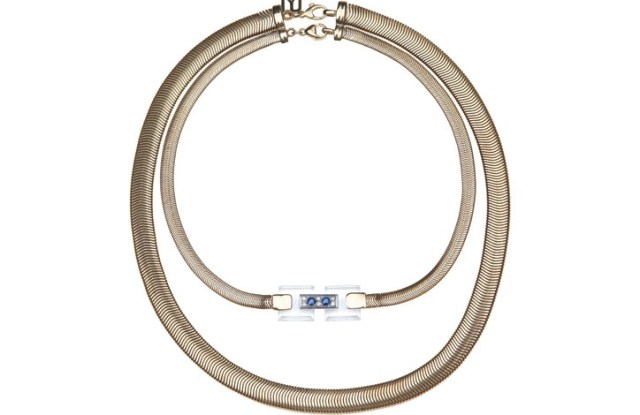 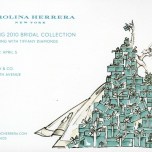 BASIC BLACK: Designer Osman Yousefzada had some precious surprises up his sleeve at a mini retrospective of his frocks at Didier Ludot’s Palais Royal store. The London-based designer unveiled a range of jewelry including Art Deco-inspired necklaces and bracelets made from gold “snake chains,” crystal and precious stones. Meanwhile, Ludot said he’s already persuaded a number of personalities to participate in his September exhibition of vintage little black dresses to mark the tenth anniversary of Ludot’s other boutique, La Petite Robe Noir. “Several people, including Catherine Deneuve, Ines de la Fressange and Azzedine Alaïa, have agreed to write about what the little black dress means to them,” said Ludot, who noted Deneuve is also a vintage bag fiend. “She has a vast collection of bags, particularly from the Thirties and Forties, as well as some great YSL models from the Seventies and Eighties that were made especially for her,” he said.

DONATELLA AND THE YOUNG ONES: Donatella Versace brought a smidgen of La Dolce Vita to London on Tuesday night when she cohosted a party with Vanity Fair and Colin McDowell to launch this year’s Fashion Fringe at Covent Garden competition, which aims to discover and support new design talent. While guests including Claudia Schiffer, Natalia Vodianova and Roland Mouret sipped Prosecco and nibbled prosciutto canapés at Tini, a new, bijou aperitivo bar in Chelsea. Versace, who’s honorary chairwoman of Fashion Fringe, expounded on London designers’ prowess. “I love the young designers. I love their energy,” said Versace, who tapped Christopher Kane to work on her fall Versus accessories collection, and who said she is looking forward to further collaborations with the Scottish designer. Versace later hosted a dinner for British magazine editors at the Dorchester hotel.

Natalie Massenet of Net-a-Porter.com, one of the program’s sponsors and judges, said: “I think if you’re a young designer, then London is the best place to be. It’s all about creativity and thinking out of the box.” This year, Fashion Fringe has added an accessories category to the competition, which is chaired by Tamara Mellon. A six-month apprenticeship at Jimmy Choo will go to the winner’s prize.

CAROLINA AT TIFFANY’S: The wedding march will literally come to life at Tiffany & Co. April 5, compliments of Carolina Herrera, who will be the first designer to show a bridal collection in the Fifth Avenue flagship. The double-barreled event will feature models in her spring 2010 wedding gowns and different shapes of the Tiffany Bezet, a new engagement-ring style. Select Tiffany and Carolina Herrera customers will be amidst the largely media and retail 200-person crowd. The designer brides will also be adorned with other Tiffany diamond jewelry.

HEAVEN SCENT: Hussein Chalayan is cooking up a signature fragrance in partnership with Comme des Garçons Parfums’ PARFUMS division, which has already produced singular scents for milliner Stephen Jones and the magazine Monocle. Comme des Garcons’ Adrian Joffe said the fragrance project, with Chalayan conceptualizing the scent, packaging and bottle, should be ready “within a year.”

GOOD VIBRATIONS: Literally shaking up the fashion tie-ups scene, Kenzo Takada is to unveil a limited edition line for Power Plate on April 28 at his Paris abode. The brand is known for its vibrate-yourself-fitter exercise machines.

DRESS FOR SUCCESS: Dress for Success is honoring Linda Armstrong Kelly (mother of Lance Armstrong), Deborah Phelps (mother of Michael Phelps) and Wynonna Judd, plus 15 women who changed their lives through Dress for Success at its annual gala on April 7. At the event, Tommy Hilfiger will debut a limited edition scarf and necktie for which all proceeds benefit the charity, which helps underprivileged women take charge of their lives. The exclusive silk scarf and necktie, designed in Hilfiger’s signature red, white and blue, will be sold for $30 each at Tommy Hilfiger U.S. stores and online through the fall.

FRUITCAKES TO BIKES: Jack Spade’s Bleecker Street space, which was a fruitcake store during the holidays, has been converted to a bike store. Jack & Jimbo’s Bike Shop sells Jack Spade products, Rapha cycling clothes and bikes from Landmark Vintage Bicycles of New York’s East Village. A retired local bike mechanic known only as Jimbo is on hand Fridays and Saturdays to perform tune-ups and repairs. Jack & Jimbo’s will remain open through the summer, after which Jack Spade plans to continually reinvent the space along the lines of what its fictional namesake would enjoy.

GUINNESS IS GOOD FOR YOU: Lulu Guinness plans to mark the 20th anniversary of her accessories line with a string of events, including the launch of the Lulu Guinness Scholarship. The winner will enroll in a master’s degree course in accessories design at the London College of Fashion and have their tuition fees paid for by the designer. In June, Guinness plans to throw a birthday bash at the Victoria and Albert Museum, and will be in New York later that month to pick up the Iconoclast Award as part of the Handbag Design Awards for Independent Design. For fall, the label’s renowned rose basket will be available with black velvet roses in a limited edition from which 10 percent of sales will be donated to the scholarship fund.