Batmobile No. 3 to Stay on Display Until May at New York Historical Society

The New York Historical Society keeping The Batmobile on view through April as consumers' interest in all things Batman continues. 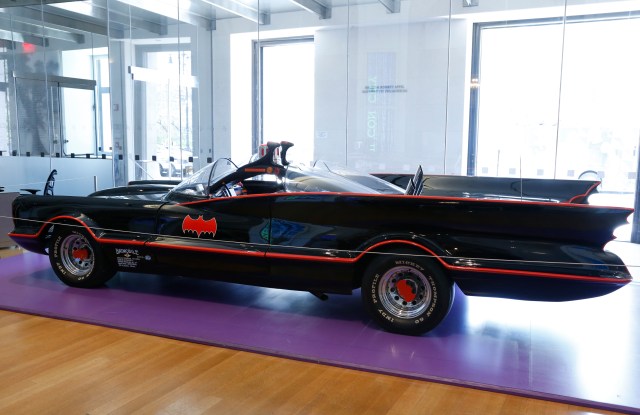 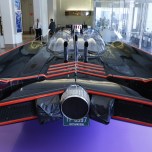 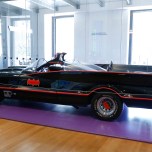 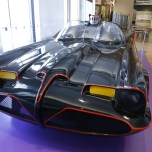 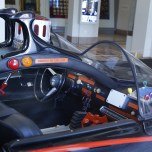 As “Batman v Superman: Dawn of Justice” is storming towards the $1 billion mark for worldwide sales — $827.7 million and counting — the Batmobile is having an extended stay at the New York Historical Society. George Barris Kustom City customized the car to include a red Batphone and Batspray among other must-haves for the crime-fighter. Originally displayed for the “Superheroes in Gotham” exhibition that closed Feb. 21, the Batmobile, which is on loan from a New Jersey collector, will be on view until May 1 and is visible to passers-by on Central Park West.

By now, NYHS staffers are accustomed to turning away photo-seeking fans and washing the museum’s glass windows from their hand and face prints, according to decorative arts curator Debra Schmidt Bach. “It is just a great iconic object of American life,” she said. “It was the first thing I thought of when we were putting the exhibition together.”

One of the few used for the Sixties TV series, the original Batmobile, a Ford Futura which Barris bought for $1 from Lee Iacocca, sold for $5 million in 2014, according to a George Barris Kustom City spokesman. Warner Bros. has aggressively gone after knockoff Batmobiles; the legitimate ones were used for various ad campaigns over the years. Most recently, Paris Hilton used one for her dog accessories collection, the spokesman said. Barris’ family had a Batmobile at his funeral in October 2015.

The Batmobile Tim Burton made for his 1989 “Batman” film is on the block for $1 million. While Gucci worked with “Batman v Superman” costume designer Michael Wilkinson for the wardrobe Ben Affleck’s Gotham City billionaire character, more affordable Batman sportswear can be found at Hot Topic and from the British label My Odd Girl. With artist Mikel Janin teaming up with Tom King and David Finch at DC Comics, the retooled Batman reportedly will have Batsocks and Batunderwear. Author Glen Weldon offers his own take on Batman’s cultural influence with his new book, “The Caped Crusade: Batman and the Rise of Nerd Culture.”

A recent sighting of some male Manhattanites working out wearing Batman masks and the character’s renewed cultural impact made sense to artist Cey Adams, who has seen an uptick in sales of his Batman-inspired art. Adams, who was Def Jam’s first creative director and has worked with the Beastie Boys, Russell Simmons, Adidas, Nike and Burton, said, “Deep down inside, everybody wants to be a superhero. And if they don’t, they definitely identify with having an alter ego. There is nothing cooler than having a dual life.”

“Insanely brand loyal” when he finds something he likes, Adams said he first featured Batman in his work in 1996, returned to it in 2006 and then again in 2014. For his most recent incarnation, Adams imagined Batman blinged-out as a rapper might be, and used the subtle sparkling effect of diamond dust, which is ground glass and a technique he first discovered when Andy Warhol used it. After an open house at The Print Shop Saturday, Adams had sold about 100 Batman-inspired works. On a personal level, Batman reminds Adams of the graffiti artist he was in the late Seventies and Eighties.

“At the end of the day, it was about trying to beautify the outside to let people know that we’re here, we have values and we have a message,” Adams said. “The thing I’m drawn to is despite Bruce Wayne being this gazillionaire, is that Batman is completely the opposite of that. He is this mysterious dark character who would go out at night trying to right the wrongs and he didn’t want any credit for it.”

With that in mind, in a few weeks the NYHS will once again have to remove its Central Park West glass doors to return Batmobile No. 3 to its rightful owner — in the middle of the night.