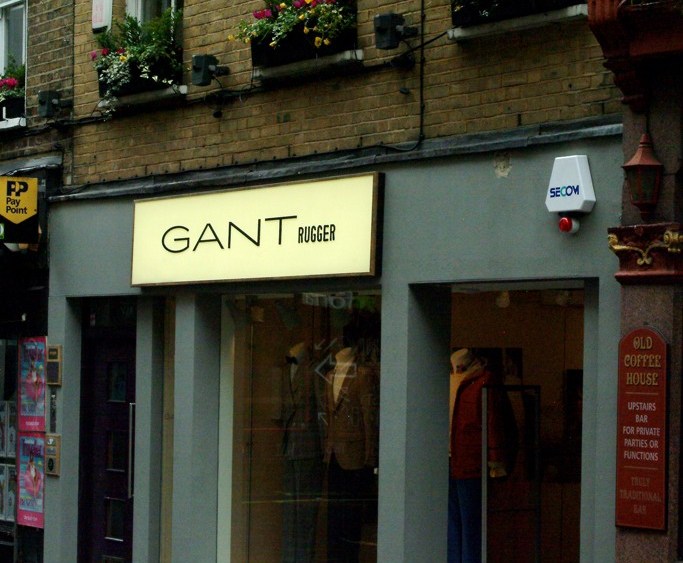 BEAK STREET BOUND: “Spend a day in London and you’ll see everything from dandies to Eighties-inspired neon kids in limited-edition high tops and disco spandex pants to Americana Vintage nerds. And since it’s London, there’s always an air of True Gentleman underneath it all,” said Gant’s Christopher Bastin, who unveiled London’s first Rugger store on Beak Street on Thursday.

The 1,162-square-foot store is the first in a global rollout for Gant’s younger brand planned for this year in cities including Stockholm and Paris. The store is adorned with fixtures and fittings scoured from vintage shops in the U.K. including Thirties teak furniture and Danish shelving by Poul Cadovius. Refurbished wood floors and the original tiling were unearthed during the renovation revealing its past incarnation as a butcher shop.

There is also a lounge area with vintage seating. “I love the fact that the store is big enough to feature a small lounge area, so the girls can rest their legs while we blow the entire paycheck on Gant Rugger threads,” he said.