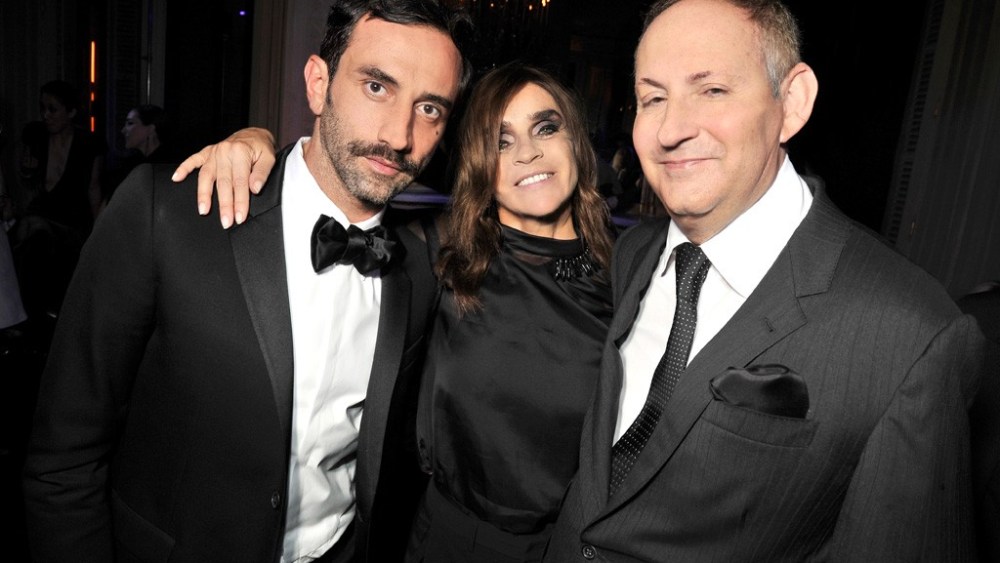 WHERE THERE’S SMOKE: In terms of eye makeup, this Paris party was off the charts. MAC Cosmetics hosted a black-tie ball Tuesday night to fete its collaboration on a limited-edition color cosmetics line with Carine Roitfeld, with a smoky eye integral to the dress code, for many men included.

How long has Carine been devoted to that raccoon aspect? “About 20 years. It’s easy,” she said, making a rubbing motion around her peepers.

“Everyone wants to look like Carine, but there’s really only one Carine,” beamed the Estée Lauder Cos. Inc. honcho John Demsey as he surveyed the crowd, packed tightly to catch a performance by British singer Paloma Faith.

Beauty rituals were among the topics at the party.

“I’ve been using Nivea cream all of my life,” confided Valentino.

“Clé de Peau,” said Alexander Wang as he scooped up a vodka/apple cocktail mixed to his specifications. “You only have to use a little of it. Potent, potent, potent.”

“I love to take an hour-long really hot, hot bath and then a 10-minute really cold, cold shower. It makes you glow, gets your blood circulating and gets your metabolism working again,” added Orlando Pita.

Asked if he had a beauty secret, Tom Pecheux yelped, “I wish,” as he was whisked off by friends into the roiling crowd.