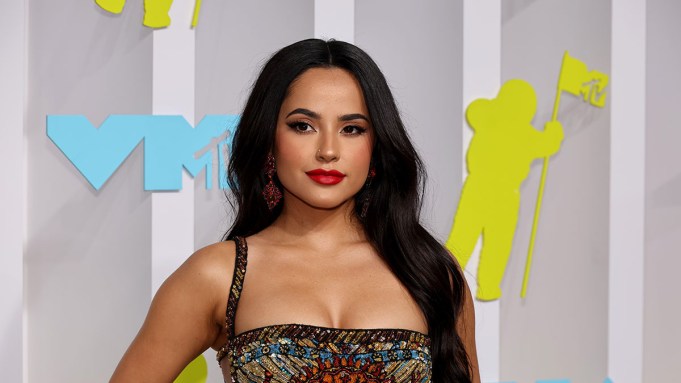 Becky G opted for sequins and symbolism for the 2022 MTV Video Music Awards held on Sunday at the Prudential Center in Newark, New Jersey.

Each panel was elaborately illustrated in gemstone-colored sequins against a mostly light gold-silver sequin background. The front and back of the column gown were held together by thin horizontal straps of fabric with a rope design in dark gold and black sequins, creating the appearance of parallel rectangular cutouts. The vocalist’s dress had a straight neckline and tank-style straps. For footwear, she chose Jimmy Choo’s Max platform sandals.

Becky G was nominated with Karol G for an award in the Best Latin category with their song collaboration “Mamiii.”