Dressed in a corduroy tux, the British rapper and singer took over the second-floor space of the Matchesfashion.com town house in London.

CIAO, BELLA: “Ginsberg Is God,” according to Bella Freud’s cult, slogan sweaters, but the crowd celebrating the designer’s spring 2020 collection at the Matchesfashion town house in London had other ideas: On Thursday night, they worshipped at the musical altar of Little Simz.

Dressed in a periwinkle Bella Freud corduroy tux, the British rapper and singer took over the second-floor space of the Matchesfashion.com town house with a live performance that saw her jump off the speaker-filled stage and take it to the floor for her final song.

There was a Seventies spirit in the air, and a sense of irreverence in Freud’s latest designs, which focused on tailoring and were inspired by the Texan swagger of Jerry Hall. There were also velvet tuxedo combinations in a new pink palette to express the “intensity of London, like a Roxy Music album,” according to Freud. The designer has also done a white velvet tuxedo as a Matchesfashion exclusive. 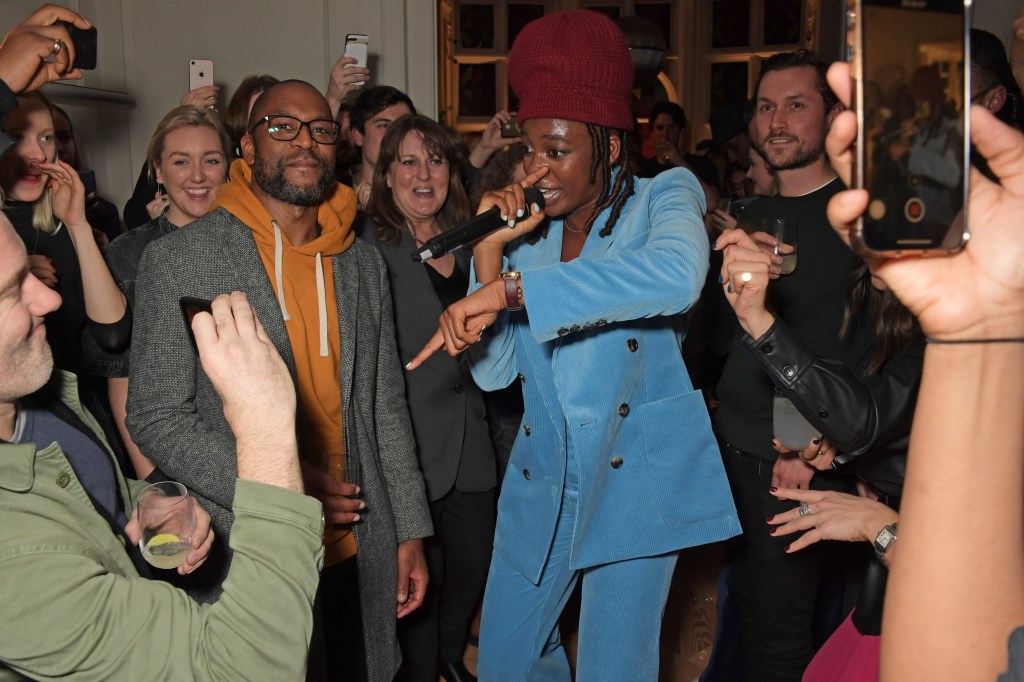 Bella Freud’s logo — a whippet with his tongue out drawn by her late father Lucian Freud — appeared around the room, while the designer’s personal artworks and rugs covered the walls. A few of Freud’s fashion films, created in collaboration with John Malkovich, played on TV sets that had been stacked one on top of the other in a quieter corner of the room.

“When I was a teenager I used to go to small clubs that were sometimes in people’s houses,” said Freud, talking about the idea behind the launch party. “I wanted to make it quite intimate with rugs, and also a big bank of speakers, so you can’t hear yourself speak and can only dance.”

Freud said she turned her eyes to tailoring partly because, “there is something intriguing about a woman in a suit, it is a strict edit, but it contains intense femininity.” 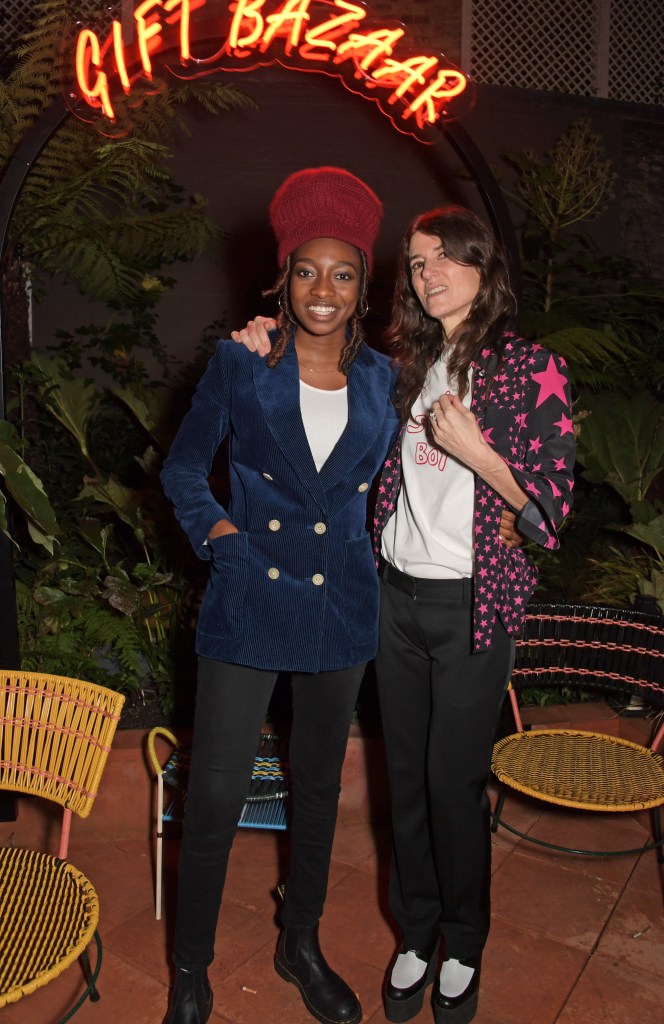 The fashion industry is ripe for a new take on tailoring, which lasts multiple seasons, can be altered over the years and be worn in different ways. It also requires skill and time to create.

“If you have a good piece of tailoring it will last for a long time, that is part of sustainability. More expensive clothes mean the people who make them are better paid and the fabrics are more thoughtfully and conscientiously sourced,” Freud said.

Natalie Kingham, fashion and buying director at Matchesfashion.com, said tailoring works because it’s versatile: “A great suit can be worn as separates and in multiple ways so it is definitely an investment in your wardrobe.”

As her brand readies for its 30th anniversary next year, Freud said she is “exploring the ways that people come to clothes, and how they want to buy them. It seems like the traditional format is changing dramatically. I am most interested in how to connect to people, and (how to discover) what is their heart’s desire. I say: ‘Into my head, close to my heart.’”