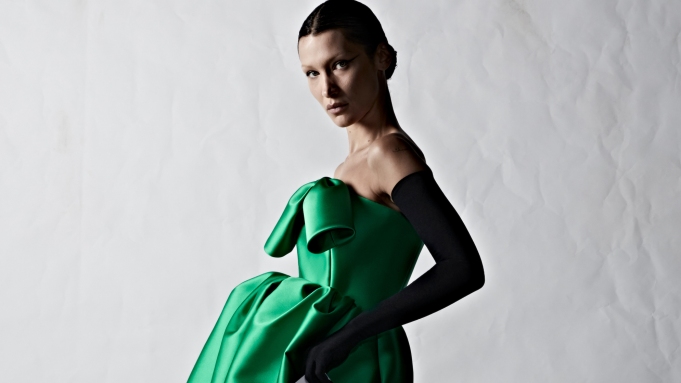 Bella Hadid made her usual rounds at Paris Couture Week, but this time accompanied by some famous faces.

On Wednesday, the model was one of the many celebrities tapped to walk in Demna’s second couture show for the Paris-based fashion house. Hadid wore a green satin strapless evening gown featuring a bow and modern puffed bustle detailing at the waist. She also wore long black gloves that almost reached her shoulders, her hair in a bun and black winged eyeliner.

The Balenciaga couture runway was just as star-studded as its front row, which included Kris Jenner and her granddaughter North West, Alexa Demie, Offset and more.

Demna regularly makes an impact with his runway shows. Most recently, his Balenciaga spring 2022 runway show was set up like a movie premiere. There, he debuted a 10-minute bespoke episode of “The Simpsons,” where the animated characters wore his Balenciaga creations.