Speaking at the Vogue Fashion Festival in Paris, the model opened up about her struggles with mental health.

FINDING YOURSELF: Bella Hadid might have walked the Victoria’s Secret Fashion Show three times, but it turns out she didn’t feel all that great about it.

Speaking at the Vogue Fashion Festival in Paris on Friday, the model confessed that the first time she felt comfortable modeling lingerie was for Rihanna’s Savage x Fenty extravaganza during New York Fashion Week in September, in which she performed alongside models of all ages, shapes and races.

“Rihanna’s amazing. For me, that was the first time on a runway that I felt really sexy. Because when I first did Fenty, I was doing other lingerie shows and I never felt powerful on a runway, like, in my underwear,” she told Loïc Prigent in front of an audience of several hundred at the Hôtel Potocki.

Rihanna dressed her in a bright yellow lingerie set, matching lace scarf and gold belly chain, and told her to walk any way she wanted, giving her the confidence to strut her stuff in front of an audience, Hadid explained.

“I like being another character. I think at this point I don’t necessarily love being myself sometimes,” she continued. “Sometimes on the runway you get either nervous or you forget how your legs move.” 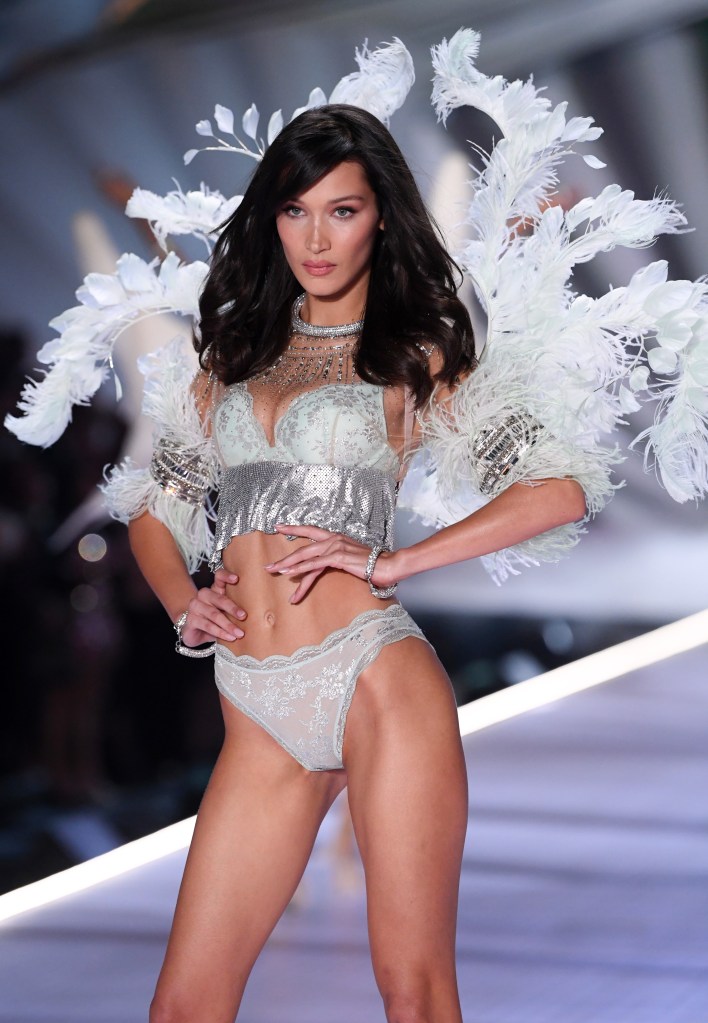 Bella Hadid on the catwalk at the 2018 Victoria’s Secret Fashion Show.  David Fisher/REX/Shutterstock

The model admitted she often struggles to balance her emotional well-being with the demands of working with high-profile photographers like Steven Meisel and Mario Sorrenti, and designers like Tom Ford and the late Karl Lagerfeld — all industry figures that she lavishly praised and thanked for giving her opportunities.

“For a while I just didn’t want to talk about it, and I’ve gone through a lot in the past few years with my health,” she said. “I feel guilty for being able to live this incredible life, have the opportunities that I do, but somehow still be depressed. It doesn’t make sense.”

The 23-year-old said things came to a head when her career took off.

“I would cry every single morning, I would cry during my lunch breaks, I would cry before I slept. I was very emotionally unstable for a while when I was working 14-hour days for four months straight as an 18-year-old. I think I just wanted to breathe a little bit. And so it kind of put me in a spiral,” she said.

After taking a break from social media, she now uses her platforms to promote awareness of issues she cares about, posting a message about her struggles on Instagram to mark World Mental Health Day on Oct. 10.

“Showing people what I support, the things that I love in my life that I’m passionate about, is something that’s very important to me, so I hope that in the future I can show that more. For a while I just shut it off, but I’m back,” she said, acknowledging that she can seem closed-off to strangers.

“I think I look really scary online a lot of the time,” she mused, adding that having briefly studied photography at Parsons in New York, she is generally more comfortable behind the camera than in front of it.

“I don’t love the camera that much but I’m a model, so I guess I should start.” 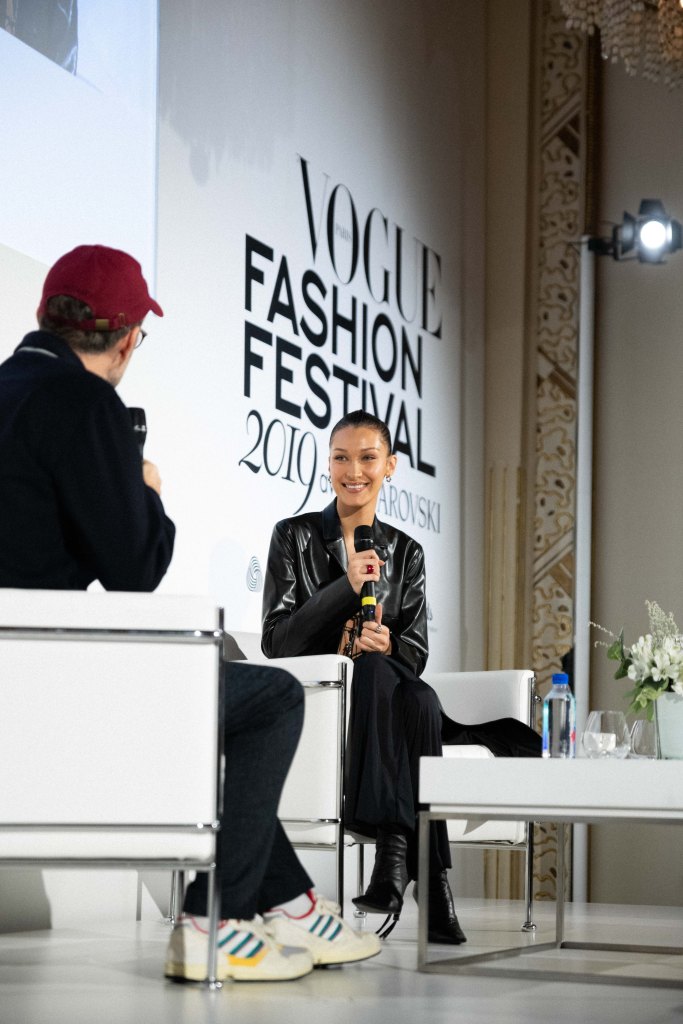 Smiling and eliciting frequent laughs from the adoring audience, Hadid said it was important for her fans to know there is a light at the end of the tunnel.

“I just hope I can help in any way I can. I feel like I would be doing a disservice to myself if I didn’t speak about something such as mental health, because that’s pretty much what I’ve been going through for the past five years very intensely. Now we’re here and we’re good, but it took a while,” she said.

So who intimidates Hadid? “Anna Wintour,” she answered, without hesitation. “I love her. She’s great, but she’s definitely intimidating.” The model says she regularly watches the U.S. Vogue editor’s videos, which include the “Ask Anna” segment featuring celebrities.

“When I first met her, I was almost starstruck because of the person that she is in fashion, but I will always respect everything that she says to me,” Hadid said. “She is strong, she knows her strength and she shows it. As a woman, that’s something that you can never take away from her.”

Victoria’s Secret Hires First Plus-size Model, But Is It Too Late?